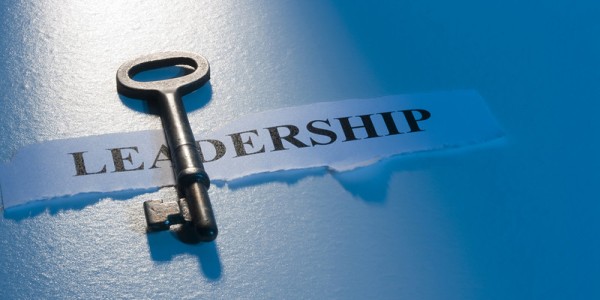 This year, record numbers of high school students obtainedtop grades in their final exams, yet employers complain that young people still lack the basic skills to succeed at work. The only explanation offered is that exams must be getting easier. But the real answer could lie in a study just published by Professor Robert Sternberg, an eminent psychologist at Yale University in the USA and the world’s leading expert on intelligence. His research reveals the existence of a totally new variety: practical intelligence.

Many people who are clearly successful in their place of work do badly in standard 10 (academic intelligence) tests. Entrepreneurs and those who have built large businesses from scratch are frequently discovered to be high school or college drop-outs. 10 as a concept is more than 100 years old. It was supposed to explain why some people excelled at a wide variety of intellectual tasks. But IQ ran into trouble when it became apparent that some high scorers failed to achieve in real life what was predicted by their tests.

Emotional intelligence (EQ), which emerged a decade ago, was supposed to explain this deficit. It suggested that to succeed in real life, people needed both emotional as well as intellectual skills. EO includes the abilities to motivate yourself and persist in the face of frustrations; to control impulses and delay gratification; to regulate moods and keep distress from swamping the ability to think; and to understand and empathize with others. While social or emotional intelligence was a useful concept in explaining many of the real-world deficiencies of super intelligent people, it did not go any further than the 10 test in measuring success in real life. Again, some of the most successful people in the business world were obviously lacking in social charm.

Not all the real-life difficulties we face are solvable-with just good social skills – and good social acumen in one situation may not translate to another. The crucial problem with academic and emotional intelligence scores is that they are both poor predictors of success in real life. For example, research has shown that IQ tests predict only between 4% and 25% of success in life, such as job performance.

Professor Sternberg’s group at Yale began from a very different position to traditional researchers into intelligence. Instead of asking what intelligence was and investigating whether it predicted success in life, Professor Sternberg asked what distinguished people who were thriving from those that were not. Instead of measuring this form of intelligence with mathematical or verbal tests, practical intelligence is scored by answers to real-life dilemmas such as: ‘If you were travelling by car and got stranded on a motorway during a blizzard, what would you do?’ An important contrast between these questions is that in academic tests there is usually only one answer, whereas in practical intelligence tests – as in real life – there are several different solutions to the problem.

The Yale group found that most of the really useful knowledge which successful people have acquired is gained during everyday activities – but typically without conscious awareness. Although successful people’s behaviour reflects the fact that they have this knowledge. high achievers are often unable to articulate or define what they know. This partly explains why practical intelligence has been so difficult to identify.

Professor Sternberg found that the best way to reach practical intelligence is to ask successful people to relate examples of crucial incidents at work where they solved problems demonstrating skills they had learnt while doing their jobs. It would appear that one of the best ways of improving your practical intelligence is to observe master practitioners at work and, in particular, to focus on the skills they have acquired while doing the job. Oddly enough, this is the basis of traditional apprentice training. Historically, the junior doctor learnt by observing the consultant surgeon at work and the junior lawyer by assisting the senior barrister.

Another area where practical intelligence appears to resolve a previously unexplained paradox is that performance in academic tests usually declines after formal education ends. Yet most older adults contend that their ability to solve practical problems increases over the years. The key implication for organizations and companies is that practical intelligence may not be detectable by conventional auditing and performance measuring procedures. Training new or less capable employees to become more practically intelligent will involve learning from the genuinely practically intelligent rather than from training manuals or courses.

Perhaps the biggest challenge is in recruitment, as these new studies strongly suggest that paper qualifications are unlikely to be helpful in predicting who will be best at solving your company’s problems. Professor Sternberg’s research suggests that we should start looking at companies in a completely different way – and see them as places where a huge number of problems are being solved all the time but where it may take new eyes to see the practical intelligence in action.

A qualifications are a good indicator of success at work.
B education can help people cope with real-life problems.
C intelligent people do not always achieve well at school.
D high grades can indicate a lack of practical intelligence.

2 What is the ‘deficit’ referred to in the fourth paragraph?

A he used verbal testing instead of mathematics.
B he began by establishing a definition of intelligence.
C he analyzed whether intelligence could predict success in real life.
D he wanted to find out what was different about successful people.

5 In order to increase the practical intelligence of employees, companies need to

A adopt an apprentice-style system.
B organise special courses.
C devise better training manuals.
D carry out an audit on all employees.

Questions 6-12
Classify the following characteristics as belonging to

Write the correct letter A, B or C, next to Questions 6-12 below.