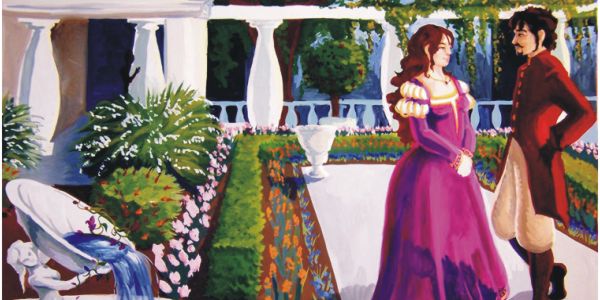 Rappaccini’s Daughter by Hawthorne is a fantastic Love story that has tragic end. It emphasizes the importance of love in human life.

The writer wants to show that love is a spiritual bond between young lovers. It is a spontaneous impulse that makes life charming purposeful and enjoyable.

Beatrice is a love-thirsty girl because her father had kept her secluded from human society. She readily used Professor Baglioni’s medicine to assure her lover that she was sincere in her love. Before death she admitted to Giovanni that though her body had been poisoned by her father, yet her soul was God’s creation that needed love for its nourishment and growth.

The story shows that love of humanity is also essential to keep man truly humane and sensible.

Dr. Rappaccini was a loveless man who was more interested in research work than in human beings or human welfare. He wanted to get knowledge of power than the knowledge of service. He committed the mistake of making his daughter dangerous and fearful for others. When her daughter came to know the real intention of her father at the time of her death, she told him,

“I would rather have been loved, not feared.”