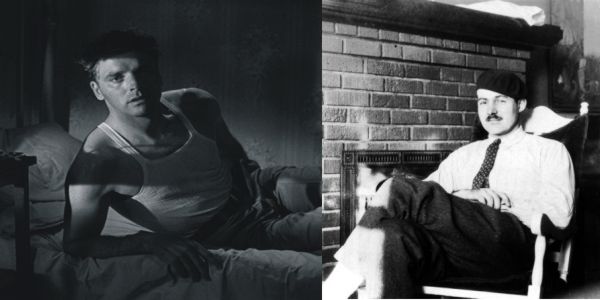 Ernest Hemingway in his story has created a strong feeling of fear due to a possible murder. Al and Max entered the restaurant where they want to kill a Swedish man, Ole Anderson who often comes there to take his dinner.

They ordered the servants to go into the kitchen where they tied their hands behind their backs.

They put a towel in their mouths to prevent them from shouting. They also directed George, the counter boy to deal with the customers. George obeyed their orders. Al stayed in the kitchen with his gun keeping watch on the servants. Max sat at the counter watching the activities of the counter boy and the visitors. The situation remains tense and serious for some time.

They told that they wanted to kill him just to please a friend.

Their quiet and peaceful ways appeared very mysterious and dreadful. The writer created an atmosphere in which a murder seems imminent. The reader is horrified to know that an unknown and innocent person would be killed very soon. This likely murder sends a wave of cold fear around the whole place. Even when the killers leave the restaurant, the impact of horror and death is very deep and prominent.