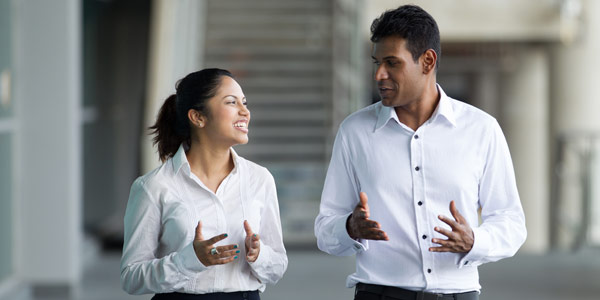 Language is a social-cultural-geographical phenomenon. There is a deep relationship between language, culture and society. It is in society that man acquires and uses language. When we study a language, we have to study its dialects, sociolects, idiolects, etc. That is why we have to keep in mind the geographical and cultural area in which this language is spoken, the culture and the society in which it is used, the speakers who use it, the listeners for whom it is used, and the purpose for which it is used, besides the linguistic components that compose it. Only then can our study of a language be complete and comprehensive. So we must look at language not only from within but also from without; we should study language from the points of view of both form and functions in culture. Socio-linguistics is the study of speech functions according to the speaker, the hearer, their relationship and contact, the context and the situation, the topic of discourse, the purpose of discourse, and the form of discourse. It studies the causes and consequences of linguistic behavior in human societies; it is concerned with the function of language, and studies language from without. Thus, we see a unique bond between language and culture. For Saussure:

“There is an absolute relation between language and culture”

Language with its different varieties is the subject matter of socio-linguistics. Socio-linguistics studies the varied linguistic realizations of socio-cultural meanings which in a sense are both familiar and unfamiliar and the occurrence of everyday social interactions which are nevertheless relative to particular cultures, societies, social groups, speech communities, languages, dialects, varieties, styles. That is why language variation generally forms a part of socio-linguistic study. Language can vary, not only from one individual to the next, but also from one sub-section of speech-community (family, village, town, region) to another. People of different age, sex, social classes, occupations, or cultural groups in the same community will show variations in their speech. Thus language varies in geographical and social space. According to socio-linguists, a language is code. Every individual have some idiosyncratic linguistic features in his or her use of language. These personal linguistic features are known as Idiolect. David crystal defines Idiolect as:

Human beings are not static. Their thinking, choice, and behavior vary according to need and situation. As they adapt their behavior according to the situation, they adapt their language. This adaptation of language according to situation, context and purpose forms a language variety that is called ‘Register’. Unlike register, Dialect is a variety of language which has its peculiar vocabulary, grammar, and pronunciation. Register is social while dialect is geographical variation. David Crystal asserts that:

Other varieties which develop due to the cultural pressure are: Pidgin and Creole. Pidgin is an ‘odd mixture’ of two languages which cannot be said a divergent variety of ‘a language’ but of two or more languages. Here languages mixed up oddly that from morphemes to sentence structure every thing reduces and mingles strangely. Most of the present pidgins have developed in European colonies. A few examples are: Hawaii Creole English and Tok Pisin, Bislama. Out of these, many have developed as Creoles. Major difference between pidgin and Creole is that former has no native speakers but the latter has. In fact, when any pidgin is acquired by children of any community it becomes Creole. At that time it develops its new structures and vocabulary. In other words when a pidgin becomes ‘lingua franca’ it is called Creole. David crystal defines pidgin as:

This proves that language and culture are complementary to each other. Language cannot live without society. Since sociolinguistics is based on language varieties. These varieties are due to cultural and social needs rather than interlingua pressures. Even language of an individual varies from occasion to occasion. We find that there are different levels of formalities with in a language and their use depends of speaker’s purpose, mode and audience. Moreover it also varies due to socio-economic position of individual or group. This variation of language with social difference, makes this notion more firm that language is social and cultural phenomenon and inextricably tied with social and cultural traditions. The study of Esperanto also revealed this fact that language and culture are inseparable.