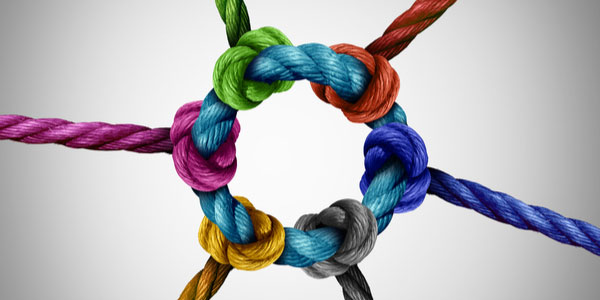 Psycholinguistics merges the fields of psychology and linguistics to study how people process language and how language use is related to underlying mental processes. Studies of children’s language acquisition and of second-language acquisition are psycholinguistic in nature. Psycholinguists work to develop models for how language is processed and understood, using evidence from studies of what happens when these processes go awry. They also study language disorders such as aphasia – impairment of the ability to use or comprehend words and dyslexia – impairment of the ability to make out written language. It is the study of interrelationship of psychological and linguistic behaviour. Its most important area of investigation has been language acquisition. It has raised and has partly answered questions such as how do children acquire their mother tongue? How do they grow up linguistically and learn to handle the registral and stylistic varieties of their mother tongue effectively? How much of the linguistic system that they ultimately command, are they born with and how much do they discover on the basis of their exposure to that system? John D. Carroll states that this branch uses:

“Some aspects of psychology and some aspects of linguistics. It is confined to the study of how people use a language system and how they learnt it”

By language acquisition is meant the process whereby children achieve a fluent control of their native tongue. By 1950, people thought that children imitated their elders and got language but now various theories have been presented. Some argue that it is the environmental impact and product of our experience and others discuss the innateness of language or Empiricist (Behaviorists) and Rationalists (Mentalists). The theoretical questions have focused on the issue of how we can account for the phenomenon of language development in children at all. Normal children have mastered most of the structures of their language by the age of five or six. The earlier behaviorist assumptions were that it was possible to explain language development largely in terms of imitation and reinforcement. Psycholinguistics therefore argue that imitation is not enough; it is not merely by mechanical repetition that children acquire language. They also acquire it by natural exposure. Both nature and nurture influence the acquisition of language in children. Both schools of thought have said significant things but neither is perfect. Language Acquisition is a process of analogy and application, nature and nurture. Experience and innateness. Imitation is there but the child forms his own grammar of rules. Children learn first not items but systems. In other words, what is being claimed is that the child’s brain contains certain innate characteristics which ‘pre-structure’ it in the direction of language learning. To enable these innate features to develop into adult competence, the child must be exposed to human language, i.e., it must be stimulated in proper to respond but the basis. David Crystal asserts:

Psycholinguistics has researched and exposed that there is a critical period in first language acquisition. If the child, in the first thirteen years, is not exposed to language, he loses his critical period and then he can never master a language; even his native tongue. Genie and Chelsea who lost their critical period, are the examples in this proof. If he is exposed to language in his childhood, he goes certain stages to learn his mother tongue. The development of a child’s language starts from babbling; merely saying /b/, /p/ and /m/ etc. and then he goes on to word level. His One-Word Stage is between the ages of 12 months, children are able to produce one word utterances. And the child can use one word to mean the whole thing as dada to mean I see daddy or daddy is coming etc. or Juice to means give me juice etc. In Two-Word Stage: such as baby chair meaning the baby is sitting in the chair or baby’s chair etc. Hit Doggie meaning I hit the doggy etc. In Telegraphic Stage, children begin to produce longer and complex sentences such are chair broken, Car make noise, I good boy, man ride bus today etc. Language development from age 2 is rapid and fast.

The telegraphic stage is a very important period which is characterized by the emergence of powerful grammatical devices.

In short, Psycholinguistics deals with relationship between language and mind focusing mainly on how language is learnt, stored and occasionally lost. Mind and language have two functions: Acquisition and Performance and the two are linked. For empiricists, language learning is the result of conditioned behavior while Chomsky maintains that every human being has an innate capacity to learn his language. Language behavior is a very complex phenomenon. Language behavior is subject to different social and psychological factors. There is strong evidence to prove that language learning is a biologically controlled process. Psycholinguistics seeks to study all these issues and more.