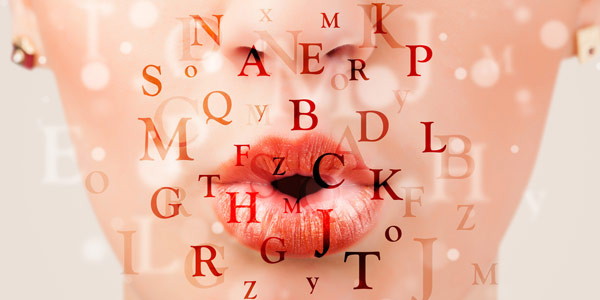 Phonetics has been defined as the science of speech sounds. It is a branch of linguistics and deals with the sounds produced by human beings in their speech behaviour. In speaking trial listening a complex of activities is involved : there is the production of speech which is the result of simultaneous activities of several body organs. These activities are aimed at creating disturbances in the air. The inhaled air acts as source of energy setting the outside air vibrating so that the sound thus generated is carried along to the ears of the listener. The auditory process is set in motion which is again a complicated process involving auditory organs; perception of speech segments which involves discarding the non-significant features from the significant or distinctive features and perceiving only those that are meaningful. Robert Hall has finely defined Phonetics as:

“Phonetics is the scientific study of production, transmission and reception of speech sounds”

Phonetics has three major branches: (1) Articulatory Phonetics (2) Auditory Phonetics (3) Acoustic Phonetics. Articulatory phonetics is also known as physiological phonetics; and auditory phonetics is known by the name perceptual phonetics. Articulatory Phonetics recognises that there is speech producing mechanism in human beings. ‘The ‘apparatus’ that produces speech sounds is situated within the human body. However, there is no separate ‘apparatus’ exclusively used for generating speech sounds. Man uses those organs for speaking which already serve other biological needs. Thus lips, teeth, tongue, hard palate, soft palate, trachea, lungs – all these organs used in speech production have different basic biological functions. Besides these the airstream that goes in and out of the lungs forms the basis of speech; that is, speech is based en the outgoing airstream. Articulatory phonetics studies how the outgoing airstream is regulated along the vocal tract to form various speech sounds. Auditory Phonetics studies how speech sounds are heard and perceived. This galls for a close study of the psychology of perception on the one hand, and the mechanism of the neuro-muscular circuitry on the other. The basic characteristics of healing include such features as loudness, absolute sensitivity, frequency tones, ‘masking’ or the elimination of the subjective traces of one of the two or more sounds; that the ear is exposed to, pitch etc. Acoustic Phonetics is the study of the physical properties of speech sounds such as frequency and amplitude in their transmission. Acoustic phoneticians analyse the speech waves with the help of instruments, attempt to describe the physical properties of the stream of sound issues forth from the mouth of a speaker. This is whole domain of Phonetics. Phonology is actually articulatory phonetics. According to George Yule:

The difference between phonetics and phonology is that of generality and particularity. Whereas phonetics is the science of speech sounds, their production, transmission and reception and the signs to represent them in general with no particular reference to any one phonology is the study of vocal sounds and sound changes, phonemes and their variants, in a particular language. If phonetics can be likened to a world, phonology this is a country. Phonetics is one and the same for all the languages of the world, but the phonology of one language will differ from the phonology of another. The subject-matter of phonology is the selected phonetic material from the total resources available to human beings from phonetics. The human vocal system can produce a very large number of different speech sounds. Members of a particular speech community speaking that particular language, however, use only a limited number of these sounds. Every language makes its own selection of sounds and organizes them into characteristics patterns. This selection of sounds and their arrangement into patterns phonology of the language. In Phonology, the central concept is that of phoneme – the minimal meaningful sound unit and the intonation and stress patterns of a language. Also phonetics is more theoretical while phonology is more practical. We study segments in phonology. I will end my discussion by quoting Robins who has very nicely brought out the distinction between the two fields:

“Phonetics and phonology are both concerned with the same subject-matter, speech sounds, as the result of articulation, but they are concerned from different points of view. Phonetics is general, descriptive and classificatory, phonology is particular and functional. Phonology has in fact been called functional phonetics”