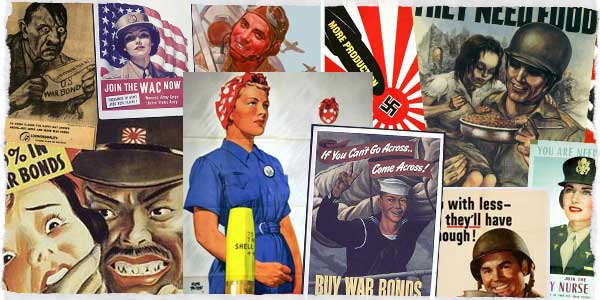 Edward Said, a brilliant scholar, critic and political activist, examines the roots of imperialism in the Western culture and traces the relationship between culture and imperialism. Imperialism has always fascinated the literary writers and political thinkers as a subject. It was a major theme of nineteenth and twentieth century native and non-native novelists. Different writers have different perception about the phenomenon. In the Introduction to Culture and Imperialism, Edward states that his previous work Orientalism was limited to Middle East. In this book, he wanted to describe a general pattern of relationship between the modern West and its overseas territories. The main theme, Edward Said, says, is so trace the relationship between culture, aesthetic forms and historical experience. Culture and Imperialism surveys the formation of Western Culture to show that the process itself was a result of imperialism. Said defines culture as:

“The learned, accumulated experience of communities and it consists of socially transmitted patterns of behavior”

According to Edward there are two types of attitudes towards culture. One that considers culture as a concept that includes refining and elevating element, each society’s reservoir of best that has been known and thought. The other is the aggressive, protectionist attitude viewing culture as a source of identity that differentiates between ‘us and ‘them’. Such an attitude is opposed to liberal philosophies and has often led to religious and nationalist fundamentalism. Culture conceived in this way divorces us from the everyday world. Edward Said endorses:

“I have found it a challenge not to see culture in this way- that is, antiseptically quarantined from worldly affiliations, but as an extraordinary field of endeavour.”

Edward Said sees the European writing on Africa, India, Ireland, Far East and other lands as part of European effort to rule distant lands. Colonial and post-Colonial fiction is central to his argument. These writings present the colonized lands as ‘mysterious lands’ inhabited by uncivilized barbarians, who understood only the language of violence, and deserved to be ruled. This is a misrepresentation of the native people and their cultures, and needs to be redressed. Said defines Imperialism as:

“the practice, the theory and the attitudes of a dominating metropolitan center that rules a distant territory.”

Edward Said finds a connection between culture and imperialism through these writing which ignore the important aspect of the reality- the native people and their culture. Edward Said refers to two novels in order to explain what he had in mind: Dickens’ Great Expectations, and Joseph Conrad’s Nostromo. Dickens’ Great Expectations is a primarily a story about Pip’s vain attempt to become a gentleman. This is a remarkable novel, according to Said, but the focus of the narrative is London, not Australia. Dickens did not bother to discuss the plight of the convicts in Australia, from where they could never return. These ugly criminals could not be allowed to return to England-the land of decent people. Conrad’s Nostromo, the second example picked up by Said, is set in a Central American Republic, independent, but dominated by outside interests because of its immense silver mines. In this novel, the American financer tells Charles Gould, the British owner of a mine:

“We shall run the world’s business whether the world likes it or not. The world can’t help it- and neither we can, I guess.”

This is the general thinking of the imperialists. For the industrial revolution, cheap raw material and labor was needed for the development of the backward countries. Loud claims of imperialism were made out to be need of the nations. The slave nations were taught to regard it as a blessing. First World War ended the European Imperialism to some extent, but the Second World War initiated it. Colonialism, usually a consequence of imperialism, is the implanting of settlements on distant territories. Imperialism is simply the process or policy of establishing or maintaining an empire. Direct colonialism of the British in India and the French in Algeria has largely ended but Imperialism exists. Russia acquired bordering lands and the British and the French jumped thousands of miles for occupation. According to imperialists, their imperialism was different from that of the Romans who were for the loot but they went there to civilize the natives. But we see in the empire nothing but a mitigated disaster for the native people. Imperialism has caused homelessness for the Muslims, Africans and the West Indians. They have also caused the emergence of Soviet and today America. The relationship between culture and empire is one that enables disquieting forms of domination. Imperialism considered the mixture of cultures and identities on a large scale, but its worst and the most paradoxical gift was to allow people to believe that they were only white, black, western or oriental. Thus, the main theme is how culture and imperialism interact and relate.