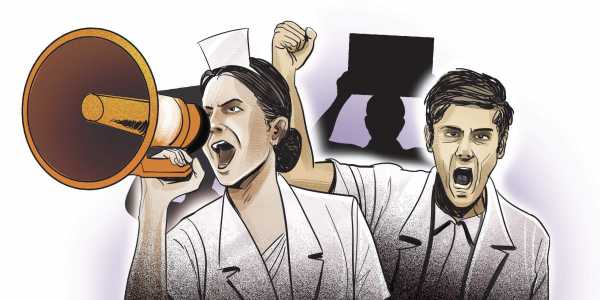 The subject that Seamus Heaney has treated in “The Redress of Poetry”, is not a new. The purpose of poetry has always been a topic of practical importance to every one. The question is that whether poetry is a pragmatic activiity in society or it is just aesthetic. There have been a lot of discussions whether poets are helpful in the miseries of life or they are just worthless people. Plato, for example, hated poets and he had banished the poets from his ‘Republic’. But Aristotle believed that the poets are essential to keep balance in society and they took us towards the ideal. Besides Aristole, there were others who defended poetry against objections. For instance, Sydney asserted that

‘The poet takes us to the ideal’.

Oscar wild said that life should imitate art because art presents the perfect. Arnold went to the extent of saying that all that now goes in the name of religion or philosophy will be replaced by poetry and Sidney wrote in “Apology for Poetry”:

“Poets are the unacknowledged legislators of the World”.

To justify poetry through its fuctions, heaney first first enumerates that OED has four entries for ‘redress’ as a noun, and I began by calling upon the first sense which it provides: ‘ Reparation of, satisfaction or compensation for, a wrong sustained or the loss resulting from this.’ For ‘redress’ as a verb the dictionary gives fifteen separate entries, all of them subdivided two or three times, and almost all of the usages noted as obsolete. I have also taken account of the first of these obsolete meanings, which is given as,

‘To set (a person or a thing) upright again; to raise again to an erect position. Also fig. to set up again, restore, re-establish.’

Heaney redresses a wrong done to poets and poetry in the contempoarry word.
Heaney makes a fresh attempt to defend poetry in this age of science and technology. Today, poetry and philosophy are now considered idle mental luxuries while commerce, computer and business administration have been foregrounded. Again, justificaton of poetry becomes madatory. Heaney starts his thesis by distinguishing two planes of existence. For him, the world of reality and the world of imagination are two different worlds but they depend upon each other and they reinforce each other and this is the subject of his poem “Squarings”. From this story, Heaney concludes that there are two worlds, our everyday world and the world of visionary crew. Heaney believes in the poetic sixth sense which provides a passage into the domain of the imagination. Here Heaney also quotes Donne’s religious experience when he says,

“God throws down in order to rise up”.

It’s a religious paradox that sin brings man closer to God. This is how Heaney concludes that these paradoxes are captured only by poetry. Heaney keeps moving between the world of fact and the world of imagination. He quotes from Pinskey to support his argument. Pinskey says:

“The poet has a responsibility to answer. He is to answer the question raised by life. Life raises questions and poet gives answers”

Seamus Heaney defends poetry on the ground of utility also. He says poetry focuses from delight to wisdom. He says the world of poetry is an answer to the world of fact. Life creates anxieties; Poetry tries to relieve them. Life disturbs but poetry consoles. It shows man the right path and poetry has a power of sustaining man in difficulties. These are the pragmatic advantages of poetry. Heaney also defends poetry on the level of its aesthetic utility. We get pleasure out of words. Man comes to wisdom through delight, not to delight through wisdom. Man studies poetry to amuse himself and to satisfy his soul but in this psychological state he gets wisdom as well. Thus, poetry is a pleasurable study of life. Poetry can very pleasantly and easily explore the subjects which are generally denied by social, racial, sexual, and political prejudices and all this is done through the linguistic medium. But the poet has to take care that while discussing these issues poetry should not be sacrificed, Heaney says that the poets should not narrow down their scope by limiting poetry to certain dimensions of time and space. It should be free from any restriction. Some demand that the poets should write against the common trend to shock the minds of the people. They should write revolutionary poetry. But the impact of poetry is not practical, it is psychological. Poetry does not force man to go and fight. But poetry shows what is wrong and what is right.

If poetry becomes practical, according to Heaney, it will not remain poetry, it will become a propaganda.

The heckler, therefore, is going to have little sympathy with Wallace Stevens when he declares the poet to be a potent figure because the poet

‘creates the world to which we turn incess­antly and without knowing it, and … gives life to the supreme fictions without which we are unable to conceive of [that world]’ – meaning that if our given experience is a labyrinth, its impassability can still be countered by the poet’s imagining some equivalent of the labyrinth and presenting himself and us with a vivid experience of it.

Such an operation does not intervene in the actual but by offering consciousness a chance to recognize its predicaments, foreknow its capacities and rehearse its comebacks in all kinds of venturesome ways it does constitute a beneficent event, for poet and audience alike. It offers a response to reality which has a liberating and verifying effect upon the individual spirit, and yet I can see how such a function would be deemed insufficient by a political activist. For the activist, there is going to be no point in envisaging an order which is comprehensive of events but not in itself produc­tive of new events. Engaged parties are not going to be grateful for a mere image – no matter how inventive or original – of the field of force of which they are a part. They will always want the redress of poetry to be an exercise of leverage on behalf of their point of view; they will require the entire weight of the thing to come down on their side of the scales.
It is not the nature of poetry. Heaney quotes Wallace Stevens in order to evaluate his argument. Wallace says:

“Poetry creates an alternative world to the world of fact. Poetry suggests what life ought to be. It shows possibilities; it shows what is desirable”

Moreover, Poetry is about man. Poetry promotes, love of men. Poetry shows that all men are human beings and they deserve sympathy. But politics tells us that some people deserve sympathy and some deserve our wrath. Poetry speaks of love for all people: Politics forces people to kill other people. In fact, politics divides men. If poetry becomes politics, it will not remain poetry, it will become a propaganda and in this way it will divide humanity into friends and foes as in the case of the Irish men who were killed in the rising of 1916 . But he is also sorry for the Englishmen who died in the fight. Talking about the humanitarian zeal of poetry. Heaney says, that zeal considers both enemies and friends as men. He does not discriminate between the Irish People and the English people. Both were fighting for their ideals. That is exactly what poetry conveys to us, everyman whether black or white; Irish or English has the same feeling, passions and blood.

Heaney raises an interesting point here which is also shared by Edward Said in “Culture and Imperialism” that the sensibility of the people of the colonies is coloured by the sensibility of the imperial masters. As the Irish condemn the English but they use the English medium. Imperialism has inculcated in their minds a culture that they tried to reject. But this is also a very healthy experience. The Irish hate the English, still they love Shakespeare and Keats.

To conclude, Heaney tries to demonstrate that poetry has a function in life, though not ostentatious. The poet does nothing on purpose, but poetry is a medium which by its very nature serves a purpose as Wordsworth says that his poetry has a purpose. It is not meaningless activity. But this purpose is not imposed upon poetry. Heaney believes that poetry cannot be subjected to any particular direction and nor limited to any certain aspect of society. He emphasises that poets should elevate their services on universal level and poetry should be above all racial, social and political prejudices. This is how he justifies poetry and enumerates its fuctions in his essay, ‘Redress of Poetry”.