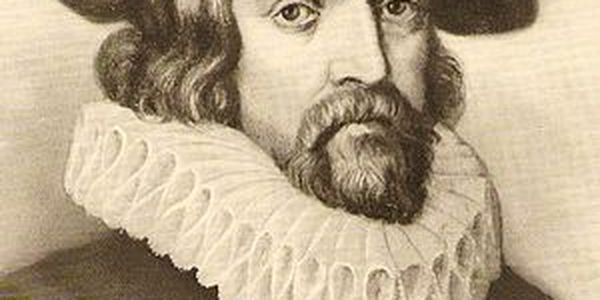 “a loose sally of the mind, an irregular undigested piece, not a regular and orderly composition.”

The emphasis is on the informality of tone and the fact that an essay in not an exhaustive, argumentative discussion on a theme. The essay could be objective as well as subjective. In subjective essays, the subject is not important, any subject will do. The essay as a distinct form was born in the 16th century with French writer, Montaigne’s Essays. He frankly confessed that his essays were about himself, in the sense that they portray him in a number of moods and habits. Bacon borrowed this form from Montaigne but suited it to his own purpose. But in Bacon’s essays we don’t find the chatty quality found in Montaigne’s or Charles Lamb’s essays. Bacon is diplomatic and philosophical. Emerson is the one modern writer with whom Bacon may be fairly compared, for their method is much the same. Thus, Hugh Walker rightly says:

“With Bacon we enter the world of stark realities, having no place for lively humor. But this doesn’t detract us from his greatness as the first of English essayists”

Bacon’s essays come home to men’s business and bosoms because man is the subject of Bacon’s essays. This human interest is one reason why his essays are popular and have universal appeal because human beings are most interested in themselves. For Bacon’s purpose, only this form was the most suitable. He developed this genre with his essayistic qualities. The themes of his essays are varied such as family life, politics, marriage, friendship, studies, ambition and many others. Bacon thus proved the capacity of the essay form to be all-inclusive. Later essayists too proved it so we have political, historical and biographical essays. Bacon’s intent in writing essays was a serious one. He intended them to be “Counsels Civil and Moral”. They were not written for amusements or leisure time. They do not have the personal element that make Lamb’s essays too charming. In this he differs from Montaigne too. Bacon gives opinions and never speaks of himself. He speaks like a statesman or not like a street boy. Bacon is concerned in most of his essays with ethical qualities of men and with political matters but he more practical and opportunistic than moral. In the essay Of Studies. Bacon says,

“Studies serve for ornament and for ability”

In the essay Of Studies he says

“ Read not to contradict, nor to believe, but to weigh and consider.

He scrupulously presents the advantages and the disadvantages of a
particular issue. In the essay Of Mavriage and Single life. Bacon says
that an unmarried man is a good friend, good master and good servant,
but he is unreliable as a good citizen. In Of Parents and Children Bacon
says that

Children sweeten labour lent they make misfortune bitterer;
they increase the care of life but they mitigate the remembrance of
death.

This sort of weighing and balancing makes his style antithetical. Bacon is a master of rhetoric and
pithy sentences in his essays. Indeed, the secu of Bacon’s strength lies
in his conciseness. We ignored the unnecessary conceits and over
crowded imagery of the Enthusiast; but he knew, how to high up his
thought with well-placed figures and give to it an imaginative glow and
charm when required.

He doesn’t expect his reader to aspire to a high standard of morality; he simply approaches to him with practical and worldly didacticism. His essays have historical significance, too, for they were written for a particular group of men to offer them guidance that they must rise in the world and do good to the state. His essays are brief as any essay should be. He is not lightly dealing with important topics. He deals with all essay topics seriously even if they are unimportant. As he writes about gardens, but authoritatively and in a dignified manner, not humorously and subjectively like Lamb or Montaigne. A man who wants to achieve worldly and material success and popularity could easily find very useful principle here in Bacon’s essays. The reader’s interest is held by the historical and literary allusions tinged with Greek and Latin references.

His essays are also important from stylistic point of view, too. To Bacon must go the credit, not only of introducing a new literary form into England but also that he developed a style which is marked for its pitch and pregnancy in the communication of thought. It was the first style set in England which later traveled to the age of Addison, Steele and Swift. He discovered the value of brief, crisp and firmly-knitted sentences of a type hitherto unfamiliar in English. He also rejected the elaborate euphuistic style overcrowded with imagery and conceits. The most important characteristic of his style, that which gives the essays the position of a classic in English Language is the terseness of expression and epigrammatic force. He has an unraveled ability of packing his thoughts into the smallest possible space. The essays may be described as one critic says,

“Infinite riches in a little room.”

Bacon was a man of the renaissance and in his essays; we find a characteristic of his age: the use of figurative language. Similes and Metaphors and striking comparisons are found in his essays. The scholar’s love of learning is evidenced by the frequent use of quotations and allusions in the essays. What is most important regarding his contribution is the terseness and epigrammatic quality of his essays.

Bacon’s essays are a proof of his strength of mind, intellect and knowledge. They are packed with remarkable sagacity and insight, shrewd and profound observation. He showed for the first time with (along with Hooker) that English was as capable as Greek or Latin of serving the highest purposes of language. Sercombe and Allen say, “Trite as the subjects are familiar as the treatment of those who know the Essays, the reader is seldom unrewarded by a sensation of novelty, so multitudinous are the face of Bacon’s thoughts.” John Freeman says, “The intellectual spend-thrift is the true essayist.” As one of the world’s epoch-making books, Bacon’s essays have done much to mould and direct the character of many individuals. The brevity of these essays has been recommendation to readers with limited leisure. They have become a classic of the English Language and they owe this position, not to their subject-matter, but to their style.