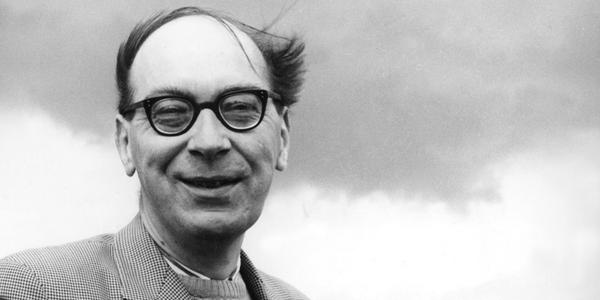 The poem appears to express the thoughts of Larkin as he views the rented room of ‘Mr Bleaney’. In exposing the lonely, monotonous life of this figure, Larkin is unable to criticise as he sees a reflection of his own life.

The poem addresses the key themes of loneliness and the shallowness of human life from the outset. The name ‘Mr Bleaney as the title evokes the emotion of insipidness as the word conjugation is very monotonous with no strong syllables. Similar to the nature of the room Larkin describes, the name has little stimulation. This monotony is reinforced in the concept of him renting a ‘room’ as this has little status in comparison of being an ‘owner’. The theme of the shallowness of existence is present from the clinical nature in which the landlord refers to his death as

The use of indifferent language to refer to his death shows the little care for the ending of his life. The lack of pride Mr Bleaney felt for the room is shown in the deficiency of home comforts. The ‘upright chair’ and ‘no hook behind the door’ symbolises the pragmatic nature of Mr Bleaney’s life, he didn’t make an impression on the room. The use of ‘sixty watt’ bulb reinforces the idea of an eerie glow, evocative of the theme of loneliness. The description of the flowered curtains as ‘thin and frayed’ coupled with the ‘fusty bed’ evokes the idea of decay and the inconsequentiality of his existence. The use of

to describe the room evokes the image of a coffin. Fused with the reference to ‘they moved him’ Larkin shows Mr Bleaney’s life to be one of inconsequence as others affect him, he does not make things happen he allows others to make decisions for him.

From the outset of the poem, Larkin provides a description of the life of Mr Bleaney as one of worthlessness and criticises his lack of statements in the room. This is particularly noticeable in the use of derogatory language; ‘tussocky, ‘littered’ and ‘upright’. However, from the mid point of the third stanza this gives way to one of melancholy. In studying the life of Mr Bleaney he has found a resemblance to his own life. The reference to ‘so it happens that I lie where Mr Bleaney lay’ shows he understands his own place in life is not superior to that of Mr Bleaney as he too does not own his own property or has made a lasting feature on the room. The lack of self confidence is

‘stuffing my ears with cotton-wool’

shows Larkin’s inability to confront situations in favour of inversion. This parallels the life of Mr Bleaney in his repetition of each year following the same pathway ‘Christmas at his sister’s in stoke’ and ‘the Frinton folk who put him up for summer holidays’.

In the closing stanza of the poem, Larkin refers to how one measures the success of life on how we live. By having ‘no more to show than one hired box’ Larkin debates that Mr Bleaney’s life and thus, his own paralleled existence amounted to very little. In the final resonant line

Larkin reveals how he feels he is not able to judge Mr Bleaney as he did not know him and thus, is only making assumptions as to how he believed he acted. It could be argued that Larkin is trying to articulate that he is unable to comment upon what Bleaney is saying because he is not superior to him. However, I reject this view as I believe that Larkin is trying to say instead that one can never comment upon another person’s life as one can never be sure what another is thinking. This is shown in the use of ‘if he stood’ as Larkin cannot be sure he did think this way.

Larkin’s use of form reflects these themes of solitude and the futility of life. The repetitive rhythm, ABAB, represents the monotony and predictable nature of Larkin and Mr Bleaney’s life. This is reinforced by the cleanly divided stanzas into quatrains. The use of the enjambment overriding stanza division shows the pointlessness and tedious nature of Mr Bleaney’s life whilst providing momentum for the poem. By having the fifth stanza end-stopped there is a double pause when reading allowing Larkin to change the tone of the poem. By having the first line of the new stanza ending in ‘frigid wind’ Larkin sets the tone as being pessimistic because both words have negative connotations. The lack of metaphors and similes ensures the poem closely parallels reality. Whilst being based in reality, the lack of creative inspiration in evocative descriptions reinforces the pointlessness of both Bleaney and Larkin’s life.

Larkin has used the landlady and Mr Bleaney, as the focus for the humour in the poem but it is the landlady who comes across as the comic if somewhat pitiful character. The ironic humour is used as the lighter side of the poem to contrast its dark overtones and highlights the contrasting duality that is inherent throughout.

The poem of ‘Mr Bleaney’ was written in the 1950s reflecting the angst of the period after World War 2. The depressive nature of the poem reveals a phase of change and uncertainty. The references to the culture of the time firmly root the poem in the 1950s, images such as ‘Bodies’ and ‘jabbering set’. The poem can be compared to the dramatic monologue of ‘The Love song of Alfred Prufrock’ by T.S Eliot. Although written in 1919, both poems reveal the inadequacy felt by the writer. Prufrock is a representative character who cannot reconcile his thoughts and understanding with his feelings and will. The depressive nature of ‘Prufrock’ is also related to the uncertain state of the economy after the first World War.

Throughout the poem ‘Mr Bleaney’, Larkin uses a poetic persona in order to reveal his emotions on the inadequacy of his life.

The poem is very honest and truthful revealing much of Larkin’s feelings of incompetence. The use of form, reference to dreary cumulative lists and to the theme of death and decay reinforces the themes of loneliness and the shallowness of human life.