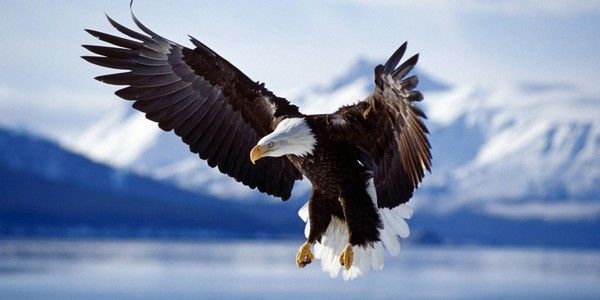 Ted Hughes is a very important modern British poet. As a poet, he commands full individual technical superiority over most of his contemporaries. He understands modern sensibility and contemporary issues; but writes in his own perspective. He creates before us worlds which delight and instruct us and elevate us emotionally, intellectually and esthetically. Unlike some modern poets so believe that a poem should not mean but be, Ted Hughes is profoundly concerned with the subject matter of his poetry. The major theme of his poetry is of course man, that is, the question of human existence, man’s relation with the universe, with the natural world and with his own inner self. He is awfully serious about this last aspect of the problem of being, namely, the problem of human consciousness. His subjects range from animals, landscapes, war; the problem posed by the inner world of modern man, to the philosophical and metaphysical queries about the status of man in this universe. His moods and methods of presentation reveal a similar variety. Ted Hughes says about his vigor and vitality (usually associated with violence):

“Any form of violence—any form of vehement activity-invokes the bigger energy. To accept the energy, and find method of turning it to good. The old method is the only one. My poems are not about violence but vitality. Animals are not violent; they are so much more completely controlled than me”

The main theme in his poetry is this energy which has to be turned into a positive force. Violence is misunderstood in his poetry. Most of Hughes’s poetry can be said to be an attempt to negotiate with these energies as we see his argument in the case of Hawk. This poem is often criticized on the ground that the hawk is a mouthpiece of fascism. What is forgotten, however, is Hughes’s assertion that the Hawk symbolizes “Nature thinking.” Secondly, the point of view in this poem is the hawks; that is to say, the hawk is as mortal and part of creation as any other creature, violent or timid. Right from his childhood, Ted Hughes has been interested in animals. When his parents lived in the Calder valley, Ted Hughes had a chance to see the world of the animals from close quarters. Hughes learnt the first lesson that animals were by and large victims. The wild world of the animals was at the mercy of the ordered human world. Yet, as Hughes realized and emphasized in his poetry, the human world was fascinated by the world of the animals because it had pushed into the unconscious what the animal world still possessed: vat, untapped energies. As depicted in ‘That Morning’:

Here, the untamed natural impulses have been beautifully externalized as the two bears representing the two visitors to the lake. He writes violence chiefly of savage animals, but violence also in human nature. Indeed, violence is one of the dominant themes in Hughes’s poetry; and for this reason he has often been regarded as a poet of violence. But these poems of violence by Hughes are certainly genuine poetry; and we certainly enjoy reading them. And it is not only the sadistic persons among us who would appreciate these poems. Even the normal reader can find a certain degree of pleasure in them, especially because they are perfectly realistic, and very vivid, in their depiction of brutality and cruelty. But not violence alone but treats nature in a unique way as in:

Nature is one of the most prevalent scenes in his poetry. In a way Hughes’s poetry continues the tradition of nature poetry. But unlike Wordsworth who found Nature a “nurse, guide and guardian,” and Tennyson who found Nature “red in tooth and Claw” Hughes tries to take both the Wordsworthian and Tennyson approaches to Nature. In poems like “Full Moon and Little Frieda” Hughes can describe Nature to continue the Wordsworthian tradition, but in poems like “Hawk Roosting” the “That Morning” Hughes recognizes the powerful, vital, violent and predacious Nature without commenting on it. It doesn’t mean that he copies their style. One of the causes underlying Hughes’s greatness as a modern poet is his maturity and originality of style. Hughes has experiment­ed with several different styles, ranging from the Wordsworthian and ‘their metaphysical to that of the modern East European poets. In each case, he has made the style his own as in ‘Thought-Fox’.

“The window is starless still; the clock ticks,/ The page is printed”

He can convey his meaning and tone through the use of diction. As in the above extract, as soon as the thought-fox springs into action, the vowels are short: “brilliantly, concentratedly.” The action reaches its climax in the last line which is virtually monosyllabic: “And the page is printed.” The poem thus shows a fine blending of vowels and consonants so as to provide a fusion of sense and sound. At other times, he uses animals as symbols. In each case, there is a remarkable mastery over the medium, whether it is to depict a scene, portray an animal, tell a story, or present a one-sided vision as that of Hawk. Even the theme of violence is handled with the lexical entities. Ted Hughes is primarily concerned with material reality not simply the reality of a superficial urbanity but the one that governs larger questions of life and death, Nature and the animal world, and above all, the inner world of man as in ‘Full Moon and Little Frieda’:

“A dark river of blood, many boulders, / Balancing unspilled milk”

Instead of shutting his eyes to the metaphysical and spiritual questions about life, Hughes tries to go to their bottom. He brings round that blood can be spilled as mercilessly as milk and water. The reality is depicted in the ‘boulders’ troubles of life. Like Blake he shows a fourfold vision which progresses from knowledge of the surfaces seen from a singular and therefore one-sided perspectives to the mature philosophic perspective which goes to the heart of the matter. He finds a close kinship between the ambivalent but powerful forces within man and the inscrutable and terrible working of the world of Nature. Equally remarkable is the fact that Hughes has treated of many modern concerns, like war and violence, with an awareness which is lacking in many of his contemporary poets. His poetry evokes a concentrated imaginative awareness of experience in a specific emotional response through language that he chooses and arranges for its meaning, sound, rhythm and a purpose.