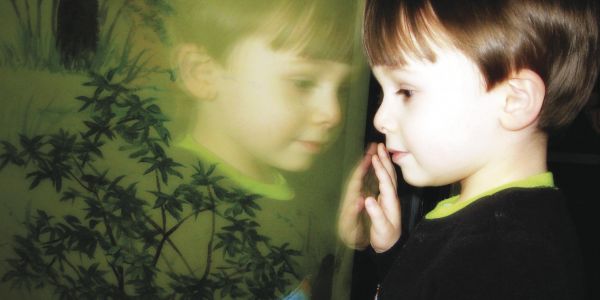 Ode is a dignified and elaborately structured lyric poem praising and glorifying an individual, commemorating an event, or describing nature or some object intellectually rather than emotionally. Odes originally were songs performed to the accompaniment of a musical instrument. The Odes of Keats are constructed with harmonious skill. These poems deal with the favourite themes in Keats’s romanticism—the sculptural beauty and grace of a Greek urn, the charming myths of Hellas, the changing seasons and the joys of the earth, the painful craving of the soul to find a beauty which endures, the fascination of death and the bitter-sweet voluptuousness with which the poet meditates upon it. Everything here co­operates to enchant a sensual and dreamy contemplation—the outlines, the colour, the emotion and the melody. Sensuousness is a quality in poetry which affects the senses i.e. hearing, seeing, touching, smelling and tasting. It gives delight to senses, appeals to our eyes by presenting beautiful and coulourful word pictures to our ears by its metrical music, to our nose by arousing the sense of smell. But the note of sadness sounds through all, that insistent minor that rings dirge-like through all the haunting music of Nature and of Art; and the vivid joy of the perceptive life, the ideal permanence of Art, the glamour of romance, the benison of Nature’s varying moods contrasted with the mutability of life and the transience of pleasure as in:

“When old age shall this generation waste, / Thou shalt remain, in midst of other woe”

It would be true to say that the Keatsian Odes are the product of certain inner struggles or conflicts. The principal stress in the most important of these odes is a struggle between ideal and actual. They also imply the opposition between pleasure and pain, imagination and reason, permanence and change, Nature and the human, art and life, freedom and bondage, waking and dream. These conflicts give to his odes a dramatic quality. The principal conflict, of course, is between the real world and the ideal world. Keats is always trying to escape to the world of imagination, the world of beauty, the world of perfection, such as, the world of the nightingale or the Grecian urn. But his escape is always obstructed or thwarted by a painful realization of the actualities of life. In midst of this pain, he does enjoy sensuousness as in

which further excites his sense of depravation. The same depravation is in ‘O for a beaker full of the warm South’ which is nothing but a futile attempt to escape the pains. Almost each of the great odes of Keats paints this world as in Ode to Nightingale:

“Where youth grows pale and spectre-thin, and dies; / Where but to think is to be full of sorrow”

The poem has all these ideas, the contrast between the happiness and immortality of the bird and the misery and mortality of human life. Through wine or his imagination, the poet would like to escape from the world of reality. He wants to “fade far away, dissolve, and quite forget the weariness, the fever, and the fret”. He would like to leave this world “where men sit and hear each other groan”. Accordingly, the poet is carried into the forest on the wings of Poesy and in the midst of the flowers and under the moon he listens to the nightingale’s song and thinks of the bird’s immortality: “Thou wast not born for death, immortal Bird!/ No hungry generations tread thee down”. The use of the word “forlorn” summons him back from the world of beauty and romance to the actual world. The poet discovers that his imagination cannot provide him with a lasting escape from the real world. The conflict introduces several tensions in the poem, making it highly dramatic. The desire to escape to a world of eternal joyous beauty collapses. Furthermore, Keats notes in ‘Ode to Grecian Urn’:

“She cannot fade, though thou hast not thy bliss, / For ever wilt thou love, and she be fair!”

The poet thinks first of the perpetual non-fulfillment of love on the urn: “Bold Lover, never, never canst thou kiss”, although there is the consolation that the beloved cannot fade and that he will love her always, Love depicted on the urn has an ideal quality: it has all the joy and none of the suffering that goes with actual human passion. But the poet finds refuge in the world of beauty and imagination (as represented by the urn) only temporarily because the eternity of joy and beauty (of the town on the urn) becomes an eternity of silence and desolation. It is permanent; but permanently empty and lifeless. Here he emphatically addresses this thing of beauty as just what it is a Grecian urn. This work of art, he says, has “teased” us out of thought, that is, out of the actual world into an ideal world where we can momentarily and imaginatively enjoy the life that is free from the imperfections of our lot here. But this ideal world is not free of all imperfections: it has very grave deficiencies because it is motionless and unreal “silent” and “cold”. Even escape is not possible as in ‘Ode to Autumn’:

There are various hints of death in the final stanza, but the idea of death is not treated with horror or resentment. The day is dying softly, the rosy “bloom” of sunset taking away from the stark bareness of the now fully-reaped corn-fields. And, in any case, the very reference to the close of the day, like the final line about the swallows, carries with it a suggestion of its opposite. Just as the swallows will come back next year, so another day will down, for the great movement of life goes on, however short the existence of the individual. Thus autumn is rich in sensuousness and for Keats Poetry originates from sense impressions and all poets are more or less sensuous. It is what the poet sees and hears that excites his emotions and imagination. But Keats goes further; his sensuousness excites in him wisdom and sense of awareness too. Autumn itself is the best example for this. In the first stanza fruits as well as bees seemed almost conscious of fulfillment, in the last stanza every item carries an elegiac note. In To Autumn, Keats does not evade or challenge actuality; he achieves the power to see and accept life as it is, a perpetual process of ripening, decay, and death.

Keats may be called a poet of sensuousness more than a poet of contemplation. Sometimes he passes from sensuousness to sentiments. But his sensuousness is marked with high seriousness and contemplative wisdom. In his mature works like Odes or the Hyperion, the poet mixes sensuousness with sentiments but also aestheticism with intellectualism. However the nucleus of Keats’ major poetry is dramatic tinged with sensuousness. It is his senses which revealed him the beauty and wisdoms of things, the beauty of world and the experience therein. Sensuousness for Keats is a path to wisdom and intellect which makes him aware of the actualities of life. His odes are sensuous, dramatic and realistic at the same time making him more and more intellectually and spiritually conscious.

“heard melodies are sweet, but those unheard are sweeter”