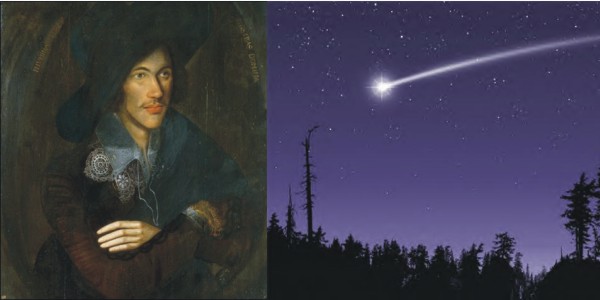 Dryden expressed the view that “Donne affects the metaphysics” taking his cue from this statement, Dr. Johnson described Donne and his followers as the metaphysical poets. Ben Johnson followed classical rules and being a classicist, was a champion of decorum, discipline, symmetry and regularity, so he was not in favor of the bold liberty taken up by Donne. However, he appreciated Donne as well for revolting against Petrarchan Conventions. According to Dr. Johnson, the metaphysical poets were men of learning; they displayed an abundance of wit. The wit of a metaphysical poet is more intellectual than that of the Elizabethan poets. His conceits are psychological, his lyrics are argumentative but the greatest achievement of a metaphysical poet is a blend of passion and thought. For Grierson, Donne’s poetry is metaphysical:

Intellect and wit are the two prime qualities of a metaphysical poet. Donne interweaves these two elements with its emotional effects. Donne was a classical representative of this kind of poetry. He was a man whose instinct compelled him to bring the whole of experience into his verse. When we speak of Donne as a metaphysical poet, we generally have in mind the combination of passion and thought which characterize his work. His conceits are witty, his hyperboles are outrageous and his paradoxes astonishing. His mixes fact and fancy in an astounding manner as in The Good-Morrow:

“My face in thine eye, thine in mine appears; Where can we finde two better hemispheres”

The Good-Marrow is a poem of passion, but its intellectual quality is less obvious. The poem proves that the poet and the beloved are passionately in love. Each one is a world to the other. These lovers can never die because they love each other with equal intensity. Donne was the first poet who included thought and idea in poetry side by side as opposed to the Elizabethans. Originality in diction marks Donne’s poetry. He used scientific, technical as well as colloquial vocabulary. He rejected the conventional Petrarchan conceits and coined new images. His vocabulary is rich and diversified. He is the first poet who has delineated ecstatic joy of fulfilled love as in the Sun Rising:

“I could eclipse and cloud them with a winke….But that I would not lose her sight so long: She is all States, and all Princes, I,/ Nothing else is.”

We see originality, novelty and complexity so abundant no where but in Donne’s poetry. The main aspects of the Metaphysical poetry are: Passionate thinking, Philosophical concept of the universe and ordinary experiences, obscurity and learning, unified sensibility, conceits and images, Affectation and Hyperbole, Diction and versification and excessive intellectualism. All these features of metaphysical poetry are abundant in Donne’s poetry as a metaphysical poet. Donne’s Metaphyscial poetry is the combination of the physical as well as the spiritual as we see in Extasie:

“But as all severall soules containe,/ Love, these mix souls, doth mixe againe,”

In Extasie, Donne says that it is love that brings two souls together and mixes them into one while in reality they are two separate human existences. It is a complex and metaphysical poem dealing with the twin aspects of love physical and spiritual. It is a state in which the soul comes out of the body and has communication with God. Donne is a metaphysical poet in a literal sense too. He speaks of the soul and of spiritual love. Air and Angles is a metaphysical poem in this sense when Donne says:

“Twice or thrice had I loved thee, Before I knew thy face or name;”

In A Valediction and Forbidding Mourning, the poet speaks of the spiritual love. The love is so refined that the lovers do not much miss each other’s eyes, lips and hands, which lovers normally seek. In the Relic, they do not even know the difference of sex. The lines from “Relic” endorse this:

“First we lov’d well and faithfully, Yet knew not what wee lov’d, nor why….Difference of sex no more we knew”

The poem loved in totality and faith without knowing physical reasons. They didn’t regard sex as the object of our love. Their love was pure and clean like those of angels. Thus, Donne deserves the title, Metaphysical also because of his obscurity which is sometimes terrible. His concentration, expanded epigrams, fondness for conceits and subtle wit, the use of common language and the profundity of thought and intensity are the qualities that make Donne a metaphysical poet.