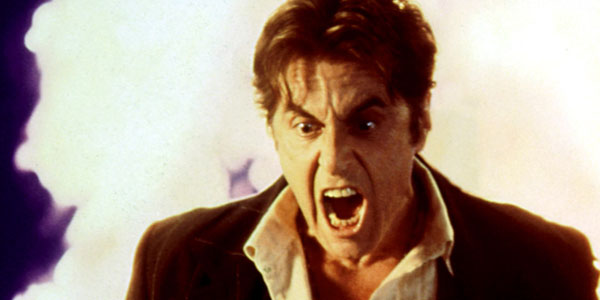 There are very sensible persons, who advocate the claim of Satan, and others, that of Adam as the hero. So it becomes debatable as to who is the hero of the Epic ‘Paradise Lost’. In the beginning, it is Satan who arouses himself up from the lake of fire. He has the power of recovery in the face of defeat. Not one word, which he utters, expresses despair in hell where he has been damned. Immediately his active mind begins to scheme, and he proceeds to reassemble his shattered forces. We are often told that adversity reveals the best qualities in a man; adversity certainly reveals the vigorous intellect and driving personality of Satan. He shows the highest degree of fortitude and

“courage never to submit or yield.”

His personal example soon communicates itself to the other fallen and rebellious angels, and they gather round their great leader. The mighty qualities of Satan’s mind, and the indomitable resolution are displayed when he exclaims:

“Receive thy new possessor, one who brings/ A mind not to be changed by place or time/ The mind is its own place, and in itself/ Can make a Heaven of Hell, a Hell of Heaven”

There are sentiments which might well be uttered by the most spiritual of characters. The spirit of self-reliance, of mental courage, which rises independent of environment, is a quality possessed only by the greatest heroes. Million then makes Satan console the fallen angles, raise their sinking courage, and dispel their fears. Satan achieves this by “high words that bore/Semblance of worth, not substance”. A few lines later, there blazes a burst of strong, over-mastering ambition, the expression of a nature the must, be first in all things:

“To reign is worth ambition though in Hell;/ Better to reign in Hell than serve in Heaven.”

But Milton has endowed Satan with all those qualities which make a hero. In fact, it is the grandeur of Satan’s character that makes Paradise Lost an epic. Robert Burns strongly upheld Satan as the hero of Paradise Lost, he said: “give me a spirit like my favourite hero, Milton’s Satan”, W. Hazlitt shares the same views. But that Satan is a true hero is so only in Books I and II of Paradise Lost. We see that as the poem proceeds, this heroic figure gradually loses its splendour, though he retains his original greatness even when he comes to the earth and sees the joy; but pride prevails over him, for he must have his revenge on God who is his eternal enemy. Thus his voice loses vitality as in:

“Your change approaches, when all these delights/ Will vanish, and deliver ye to woe”

From now onward, the deterioration of Satan starts. In fact when he enters into a serpent to tempt Eve, he has turned from a great hero into a despicable spy and cunning trickster. So when we take the whole of Paradise Lost into consideration, we cannot agree with the view that Satan is the hero of Paradise Lost. Blake’s dictum that Milton is Devil’s party is misunderstood. According to Blake, poetry is emotional rather than rational. In other words, evil inspires a poet more than the good; a poet finds it easier to depict evil than good, as stated by Blake. It is in this sense that Milton is of the Devil’s party. So, the Romantics misunderstood Blake. Secondly, those who think that Satan is the hero of the poem, confine their criticism to the first two books. As A. Stopford Brooke remarks:

“The interest of the story collect at first round the character of Satan, but he grows meaner as the poem develops. This disposes the view that Milton meant Satan to be the hero”

The splendour of Satan is misunderstood. The magnificence of Satan must be exalted in order to indicate the epic greatness of the coming conflict. Milton has shown the magnificence of Satan’s character to rouse the reader’s fears for himself, human sympathy with his first parents and gratitude for his redemption. We should not be swept away by the sheer grandeur of Satan’s speeches, or by the splendour of his personality. Heroism exerted in the bad cause, ceases to be virtue. Therefore, it is not enough to say that Satan is the hero of the poem because he is brave and bold. Many of the twentieth century critics do not agree that Satan is the hero. David Daiches says:

“The whole poem is the story of Satan’s inevitable degeneration”

Finally, Satan is not the hero. Thus Adam is the hero of Paradise Lost because the whole epic turns rounds him. Milton indicates ‘Man’s first disobedience.’ Adam disobeyed God, and thus, he not only lost Paradise but brought about the fall of the whole human race. No action can be greater in its significance than that which brought the fall of the whole humanity. And Adam, being responsible for it, becomes the hero of the great poem. Difficulty arises because Adam does not act. But it is his fate that engages the attention of God, the Angels, and Satan. His fate again causes a terrible upheaval on the Earth. When Eve plucks the fruit, “Nature sighs that all is lost.”. Adam is a hero of a nobler kind. Adam is defeated no doubt but through the Messiah (Christ) he regains the Paradise ‘happier far’. Thus the ultimate spiritual victory goes to Adam – the real hero of Paradise Lost.