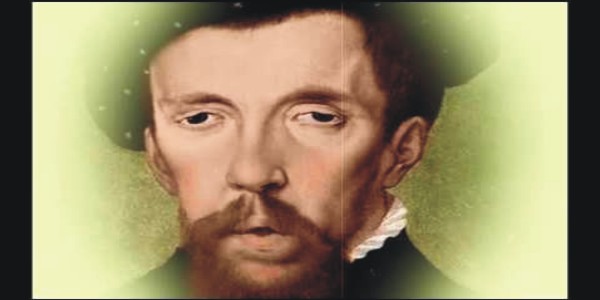 Henry Howard, Earl of Surrey was a younger contemporary of Sir Thomas Wyatt. He expressed his admiration of Wyatt in an elegy ‘Wyatt resteth here’ written after the ultimate death of Wyatt at the age of thirty-nine. Like Wyatt, his poetry was influenced by his career as a courtier of Henry VIII. He too fell a victim to the caprice of his tyrannical king. A critic has summed up the life of Surrey in one passage: Brought up in childhood, with the king’s son, Henry Howard received an excellent grounding in classical and renaissance literature, traveled on the continent and was for a time attached to the brilliant court of Francis (France). But fortune soon turned against him. He suffered the spells of imprisonment. Undoubtedly, such a career left a mark on him.

As a poet he is remembered as a sonneteer. Two elements influenced him – the technical experiments of Wyatt. He picked up sonnet from where Wyatt had left it and made some significant improvements. The second was that of Petrarch. His early sonnets based on Petrarchan model were not awkward and uninteresting. According to critics:

His early works were translations based on Petrarchan sonnets. But he introduced on technical innovation. The quatrains, taken from Wyatt, have alternate rhyme scheme a b a b repeated in all the three quatrains which cause monotony. He also altered the content of his translations. But he soon became dissatisfied with this achievement. Therefore, through a series of technical experiments he attempted to adapt various Italian models or themes but he attached no importance of the subject-matter. After this realization, his sonnet rhyme scheme changed to a b a, c d c d, e f e f, g g. This technique enabled him to control the development within limits of three balanced quatrains and ending with a summary in the concluding couplet. This form which was later adopted by Shakespeare. Thus, he completed the process of transformation of the sonnet form initiated by Wyatt. His adaptation of Petrarch’s 140th sonnet is entirely different from that of Wyatt.

The poet tells us that he has been keeping the thought of his beloved’s love in the core of his heart for such as long time that it has made a camp on his face and a flag fixed at the camp to show it possession and occupation. In this poem, Surrey lacks in emotional intensity though it is technically superior to Wyatt’s and conveys the sense more clearly. Wyatt as well as Surrey follows the Petrarchan conceit by witty separation of love from the lover through personification. Wyatt’s version of the sonnet is rough and harsh but more intense in passion. He tends to be aggressively possessive which is no sin in love. Unlike Wyatt, he experimented with different themes. His poems, ‘Prisoned in Windsor’ and ‘Wyatt resteth here’ clearly show a variety as in:

“So cruel prison how could betide, alas/ As proud Windsor? Where I in lust and joy”

The irony underlying the poet’s situation is a remarkable feature of the poem. It was written during the summer of 1537 when Surrey was imprisoned in the same place where he was brought up with the king’s son, Henry Fitzroy, Duke of Richmond, an illegitimate son of King Henry VIII. It was the very place where the poet had enjoyed all the pleasures and privileges of the court life. This poem is remarkable for its stylistic charm. In the poem, ‘Wyatt resteth here’ Surrey mourns the tragic death of Thomas Wyatt, his glorious predecessor in the field of poetry. Naturally, he brings out the fine qualities of Wyatt’s head and heart in the poem. Of Wyatt and Surrey, the latter is the greater craftsman. His sense of maturity both in form and subject matter is clearly evident in his poem, ‘My friend, the things that do attain”. The poem is an epigram and reads like Bacon’s Essays.

He also discarded the subject of romantic love in his later poems and started using his experiences in public life. He took the sonnet task from the point Wyatt left it and took it to the heights of perfection where it became English sonnet totally different from that of the Italians. His main contribution was to give the English sonnet flexibility which enabled it to serve the needs of all kinds of poets. Lever has summed up the achievements of Surrey in the following words:

Surrey deviated not only from Petrarchan romance attitudes but also from his concept of love. Instead he had learnt to develop a medium whose merits were simplicity, elegance, conciseness and all-pervading lucidity. He individual sonnet model became the only indispensable medium available to Michael Drayton and Shakespeare.