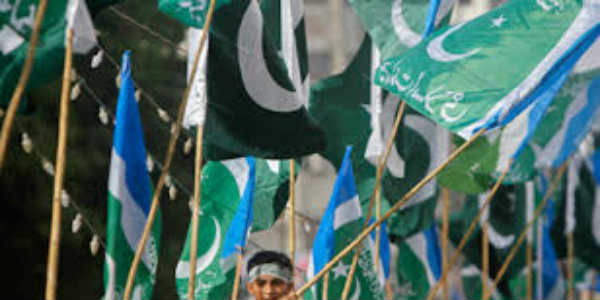 Tariq Rahman is a well-known academic and critic. He is also a short story writer. His Work and Other Short Stories consists of a selection of stories which were published in his three previous collections. He has also written a short, but pertinent preface, which reveals that he wrote his first short story at the age of nineteen and which describes his gestation as an English language writer.

He says that at first he was strongly influenced by Maupassant and Oscar Wilde, but his desire to write about Pakistan, not distant European societies, led him to an exploration of Urdu literature and the social realism of Munshi Premchand and the Progressive Writers Movement, before he found his own voice.

Selected Stories follows Tariq Rahman’s development as a writer. Inevitably, the second half of the book is more assured and more rewarding. Many of the early stories are curious by today’s standards. Some have no sense of Pakistan as a location, employ English names and are set in the distant past or the distant future. But these are of academic interest for that very reason. They reveal the difficulty that so many English language writers of South Asian origin have faced, before South Asian English literature became as ubiquitous as it is today: How to tell stories in English, when all the English books you read neither described nor provided any space for the real world you inhabited?

As a young man, Tariq Rahman clearly tried to tackle this by exploring universalist themes about the human condition. His stories, such as “The Work” shows the mechanical routine of money needy workers; while “Bingo” and “Moustache” are set in the distant past , where men battle for survival against the odds of life comic or tragic. Several stories, including

about a corrupt priest, are written within the social and religious parameters of classical English literature and are set in a nameless European setting in a pre-industrial era.

These stories dwell on themes of sexual repression, social hypocrisy and social iniquity and provide interesting parallels with the similar subjects that Tariq Rahman explores in his stories about Pakistan, in the rest of the book.

Tariq Rahman’s “European” stories also serve as a reminder that many conflicts so often perceived today as a cultural clash between the East and the West are nothing of the kind. They mark the tensions between traditional rural societies and the advance of industrialization. At the same time, unlike Europe, South Asians have inherited an Anglicized ruling class created by their erstwhile colonial rulers, which has widened the social and communication gaps.

An early story “Bingo”, written in the mid-1970’s, was the first work of fiction in Pakistani English Literature, to focus on the 1971 war. The tale revolves around the relationship between the West Pakistani narrator, Safeer, and his friend Tajassur, from East Pakistan. Both are in the military academy together and are posted as junior officers to Dhaka on the eve of the civil war, with tragic consequences. The story makes a telling comment on how a blinkered reading of colonial history has shaped the perceptions and institutions of Pakistan’s ruling elite.

In a later, more accomplished story,

about the Bengal famine during the British Raj, Rahman shows very clearly how Khaled Khan, an ambitious, Cambridge-educated young Indian in that elite colonial corps, the Indian Civil Service, echoes the contemptuous attitudes of his British superiors, when he is posted to Bengal and finds himself surrounded by starving people clamouring for food.

The indifference and revulsion that the British Raj and its echelons demonstrate towards the poor and wretched in “Mai Baap” is reflected in the attitudes of Rahman’s many characters depicting Pakistan’s ruling elite. “Animals” looks at the dehumanization of rural society, under the onslaught of progress, and revolves around government appropriation of scenic mountain land. There, the “sahib” who stays at the Dak Bungalow, is as alien to the local inhabitants as were the Englishmen he emulates.

Whereas “Game” revolves around some cadets who decide to teach a group of village boys a lesson, for having the audacity to play on land, to which they assume, erroneously, they have the sole right. This story provides a chilling insight into the in-built fascism which runs through Pakistan’s class-riven society, while “The Inquisitors” reveals how easily innocent children can be manipulated and turned into monsters. The plot revolves around a group of small children, who are trained, or rather brainwashed, by an uncle, to be worthy of his great hero, Quaid-i-Azam, through secret outdoor games involving slogans and endurance tests. Tellingly, in most of these stories, the liberal voice of protest exists, but remains largely ineffectual.

Tariq Rahman once served in the Pakistani Army and some of the best stories in this collection describe different aspects of military life. He also describes lives village people and peasants, with great sensitivity and shows the desperate circumstances in which they try to eke out a living as best they can.

“The Lead Gatherer” is poignant portrait of a young boy, who lives near a military camp and gathers metallic fragments to sell, until one day, he picks up a grenade.

A few stories such as “The Dance of the Beards” look at the feudal structure of rural society, while the “The Moustache” tells of a Punjab village, where a luxuriant moustache is considered such a symbol of pride and honour. A myth develops and Dadu’s moustache earned the envy and wrath of the local Chaudhury. A generation later, Dadu’s nephew Shafqat who sports an equally enviable moustache, leaves his home for a job, where his family discovers that neither his height, nor strength nor a moustache, is of any consequence at all.

The quality of the stories in this collection might vary, but they do have a tension that impels the reader forward. They touch upon many disparate lives, to highlight those of the innocent, the downtrodden and the dispossessed, in particular.