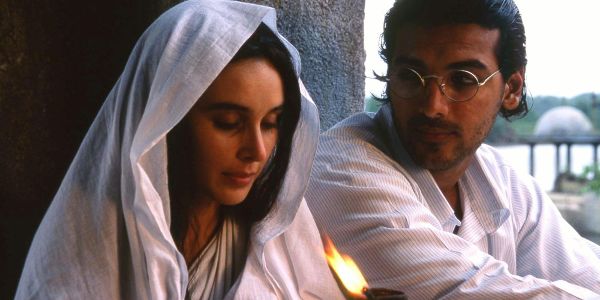 In An American Brat Sidhwa highlights the predicament of the Paki­stani people in general and of the Parsi community in particular. Thus, while in Ice-Candy-Man Sidhwa grapples with the realities of the pre-Independence period, in An American Brat she highlights the phenomenon of neo-colonialism in Pakistan. What is most remarkable about her work is her dual perspective, which is based on both the Pakistani and the Parsi point of view. She speaks both for the Pakistanis and the marginalized Parsi com­munity. This theme is further developed in her next novel An Ameri­can Brat, where the Parsi community is shown actively partici­pating in Pakistani politics. Instead of keeping a neutral, de­tached stance, Ginwalla family is passionately involved in the country’s current political crisis. Zareen at one point voices her concern over her daughter’s intense involvement in “Bhutto’s trial.” Her concern for her daughter, however, does not stop her from working in

“many women’s committees with Begum Bhutto.”

Feroza even when she is in America, remains acutely concerned about the crisis in her country. She is totally shocked to hear of Bhutto’s hanging. On coming back to Pakistan, she voices her disappointment at being inadequately informed about Pakistan’s current political scenario:

“I want to know what’s going on here. After all, it’s my country!”

Thus Sidhwa exhibits that the Parsis, both in the pre and post-Independence period, instead of showing indiffer­ence to the country’s politics, have been actively involved in it.

In An American Brat, almost every word and phrase of the native language employed in the novel is translated by the writer in a “Glossary” at the end of the novel. For in­stance: “Badmash: scoundrel,” “Gora; white, in Urdu,”

What such a translation of individual words does? Bill Ashcroft et al in The Empire Writes Back ob­serve that such translation of individual words is the most obvi­ous and most common authorial intrusion in cross-cultural texts. Juxtaposing the words in this way suggests that the meaning of a word is its referent. But the simple matching of words from the native language with its translated version in English reveals the general inadequacy of such an exercise. The moment a word from a native language is juxtaposed with its referent in English, instead of clarifying the meaning, it shows the gap between the word and its referent. In An American Brat, she voices the social and political chaos in Pakistan generated by the forces of neo-colonialism. In both the novels, she has succinctly adapted the English language to suit her purposes. Further, she has not just provided the marginalized Parsi community with a voice but also a large number of Pakistani readers. An American Brat has been extolled by many reviewers as a compelling delineation of both the coming of age process and the immigrant experience in the United States. However, several critics have noted Sidhwa’s use of stock social and cultural stereotypes in all of her novels, particularly in An American Brat.

The plotting of An American Brat has additionally been judged by several reviewers to be weak and predictable, but a majority of critics have found Sidhwa’s representation of American culture to be insightful and unique. An American Brat (1993). Her lightest and least characteristic novel, it is also, in a strange and subversive way, her most daring, dealing as it does with issues of diaspora and questions of cultural identity and racial difference. In its seemingly innocuous portrayal of the (mis)adventures of its young protagonist Feroza, in the USA, it actually describes the painful process of losing and replacing homes, presenting, in the process, an indirect metaphor for the ambivalent position of so many diasporic writers today. And though its heroine is a Parsi, she could be a young woman of any of the subcontinent’s religious communities, choosing between a period of rampant sectarianism at home and the experience of more covert prejudice abroad. With this novel, Bapsi stakes another claim, on Asian American territory; and it isn’t surprising that writers like Gish Jen have been quick to write of their own communities in similar ways. The ambiguous, transitional nature of this work convinces me—and many other readers, I’m sure—that another major work is in presently in Bapsi’s imaginative laboratory. Meanwhile, this omnibus volume of Bapsi Sidhwa’s novels is a welcome addition to the work of the writer who has done so much to put Pakistan on the map of the English-speaking literary world.

In her novel An American Brat, Sidhwa deals with the inter-faith marriage in the Parsi community. Feroza Ginwalla the rebellious daughter of Cyrus and Zareen moves to Colorado from Lahore to improve her lot. Sidhwa here shows the protagonist Feroza adapting to an alien culture. Her room mate Joe instructs her into American way of life. Feroza becomes bold enough to shed her hesitation. Now she discovers that she has attained an independent personality and thinking. She no longer needs guardians and protectors. She intends to marry David Press, an American Jew. Her family at Lahore is disturbed as no one had in their family marriage outside the parsi community. Here Sidhwa’s treatment of theme, subject and characters provides a valuable insight into the Parsi psyche. She also provides an ironic exposure of the Parsi attitude to inter-faith marriage. Feroza’s mother Zareen later realizes that her attitude towards interfaith marriage is no better than the Mullahs of Pakistan. Sidhwa also touches the problem of fundamentalism in Pakistani society. She does not intend to criticize a community but its orthodoxy and out-dated values. She employs irony to expose fundamentalism.

“She criticizes the ‘mullah mentality’ that “girls must not play hockey or sing or dance!” The Parsi community’s own brand of fundamentalism.”

Bapsi Sidhwa has emerged as a trendsetter in English novel in the Indian sub-continent. She provides insights into the antiquity of the Parsi faith with their tolerance of other beliefs and their cultural values. She lets her readers to know about the Parsi community with their rites, customs, traditions, beliefs and mannerism. One psychological factor behind the restrictions in Parsi community is the small population and its closed society. As a Parsi, Sidhwa’s writings show her quest for the continuation of her community.

“She aptly reflects the cultural multiplicity in which she has lived. It is Sidhwa’s sexual and excretory candour and depiction of enforced sexual innocence in a touching manner,”

In An American Brat there are many experiences that me and my family actually went through personally or heard about after migrating to the United States. Otherwise I would not have dared to write about America. Most other writers who have come here from the subcontinent have not taken that step yet. In retrospect, I am not sure it was such a good idea to attempt to create so many American characters in An American Brat. But I wanted to do it. I didn’t want to sit in America and write only about the expatriate community here, or about the community I left behind. I could have done that even in Pakistan. I am having new experiences here everyday, and they need to be incorporated in fiction. There is a great dearth of candid writing about our expatriate community here and its experiences with the mainstream American community. So far only Bharati Mukherjee has attempted to write on this theme and has done a good job. But even she has created few American characters. This is not easy to do. I have been here only a few years and don’t know American culture very well. Trying to interpret it can be quite dangerous. But American readers have, on the whole, appreciated my attempts, and found my observations about America revealing. Some Indian reviewers, however, have been somewhat offended by the book, and I am not very sure why. Maybe the current antagonisms between the two countries and my Pakistani origins have contributed to this hostility. I was a bit disappointed by this, because I feel myself part of the subcontinent. I don’t feel myself “other” from India. In fact, I have been an Indian citizen also.

In her next novel An American Brat (1994) Bapsi Sidhwa moves the- locale from Pakistan to the United States of America. In it, she takes up the issues like globalisation, brain-drain from the third world.

“In An American Brat, Bapsi Sidhwa handles the change in theme and locale, expertly, with a lot of humour and from a contemporary perspective. This novel marks her entry into the orbit of diasporic fiction in which other South Asian novelists have already made a mark,”

writes Novy Kapadia. The genius of Bapsi Sidhwa as a writer is better revealed in her novel An American Brat which brings out her gift of keen observation, heightened sense of story and character alongwith her moral vision of her Parsi community. In the narrative of An American Brat, the protagonist Feroza Ginwalla the rebellious daughter of Cyrus and Zareen Ginwalla moves from Gulberg, Lahore to Denver, Colorado, U.S.A. with her ambitious, hopes and dreams. The novelist delineates the character of Firoza

“adapting to an alien culture and the stress that accrues when colliding cultures clash.”

On many occasions, Firoza finds, herself in an awkward situation whom she fails to understand the nuances of a foreign language. Her room mate -Joe teaches her various Americanism. This helps Firoza to grow and make herself fit in a new system. In the last pages of the novel, Firoza has shed her old persona of Lahore and she finds herself a new with an independent attitude.

“The perennial Parsi problem of inter-faith marriage arises when Feroza wants to marry David Press, an American Jew. The family assembles at Lahore and treat the situation like a dire emergency. Sidhwa through the guise of humour, shows how elders exert the pressures of conformity and tradition on the youngsters by applying forms of emotional blackmail. Reprimanding a young cousin who defends Feroza’s choice of marriage, Grandmother Khutlibai contrived to make her vigorous person look crumpled and close to death while she spoke, so that the spirit of rebellion in Bunny and other youngsters was nipped in the bud.”

This novel caused alarm in the Parsi orthodox people.

In her novels, Bapsi Sidhwa also provides a glimpse of her comtemporary political condition in Pakistan. In her novel, An American Brat, she provides a backdrop to the fundamentalism prevailing in Pakistan during the reign of General Zia. Sidhwa is ironical while discussing the problem of fundamentalism in Pakistan. Sidhwa’s indictment of fundamentalism is not restricted only to the Muslim community but also to other communities. She also exposes the parochial attitude and narrow-mindedness of American society. Sidhwa with her astute characterization, positive outlook and humour tackles some of her contemporary problems. Her writings show the cultural multiplicity of which she has been a part.

“It is Sidhwa’s sexual and excretory candour and depiction of enforced sexual innocence in a touching and humorous manner which also makes her novels unique. The strain of extrovert ribaldry in her work has given a new dimension to sub-continental English fiction…,”

observe Dhawan and Novy Kapadia. Sidhwa has been a trend-setter in less inhibition and open views on sex Saadat Hussin Manto, Asmat Chughtai.