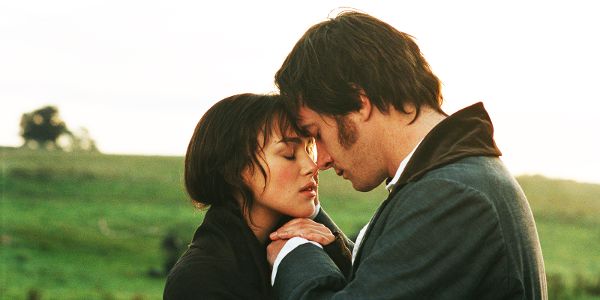 First written in 1797 under the title First Impressions. It was later revised and published under Pride and Prejudice in 1813. Jane Austen took the title and theme from Fanny Burney, who wrote of her novel, Cecelia, ‘the whole business was the result of Pride and Prejudice’. First impressions do play an important role in the novel. . First impressions do play an important role in the novel. Elizabeth is misled in her judgment of both Darcy and Wickham. Her attitude towards both the characters is only a result of the First Impression. But if we study the novel deeply, we find that P&P is an apt title. The first Impressions only last for the first few chapters of the novel while P&P permeates the soul of the novel. The novel is about the pride of Darcy and the prejudice of Elizabeth and the change and correction of their attitude caused by first impressions.

Darcy embodies family pride. Wickham tells Elizabeth that he has a

Darcy himself says that his pride consists in being selfish and overbearing, caring for none beyond his own family circle, thinking meanly of all the rest of the world. No doubt, he is a proud man. Nothing can excuse his remark about Elizabeth …

tolerable but not handsome enough to tempt me.

And other remarks such as …my good opinion once lost is lost forever. His first appearance is appalling insolent. The climax of Darcy’s pride and Elizabeth’s prejudice is most prominent when Darcy proposes to her but his proposal is based on pride and rests on the sense of inferiority of Elizabeth. He remains blind to the faults of Lady Catherine and Miss Bingley and is prepared to think meanly of those beneath him in social standing. Darcy’s pride stubs Elizabeth and her prejudice stems from her feeling that he is all pride. Being rejected by him at the ball, her prejudice mounts up and from the start; she willfully misinterprets all his utterances and actions. Her prejudice clouds her clear judgment and foresight and she believes the poor account of Darcy as related by Wickham and blinded by prejudice, she rejects his proposal. It is at Rosings that hteir process of self-discovery and educations starts. At Netherfield Park, Elizabeth’s family had seemed vulgar and ill-bred, but at Rosings, Darcy is embarrassed by the vulgarity of his aunt, Lady Catherine and realizes that the refinement of manners is no monopoly of the elite. His lesson is complete when he is totally humbled by Elizabeth’s rejection of his proposal and realizes his misplaced pride in the woman whom he loves. This excessive love for Elizabeth cures Darcy’s pride and humbling himself, he writes a letter of explanation to her. Elizabeth’s prejudice is neutralized by the revelation of Darcy’s character. She receives the letter and learning the truth about Wickham’s character, she realizes her own blindness and prejudice in having judged Darcy and Wickham mere on first impressions. She is also able to see some of the validity of some of his objections to Jane-Bingley marriage. The Lydia-Wickham episode brings the final reconciliation.

Darcy overcomes his pride and completely gets involved in the solution of the Lydia-Wickham elopement and this softens Elizabeth and also cures her of her initial pride.

However, to say that Darcy is proud and Elizabeth is prejudice is to tell but the half story. The fact is that both Darcy and Elizabeth are proud and prejudiced. The novel makes clear the fact the Darcy’s pride lead to prejudice and Elizabeth’s prejudice stems from a pride in her own perceptions. Darcy is proud of his refinement and superiority of social standing. This lead him to a general prejudice for all those below his social status and Elizabeth’s prejudice stems from her pride when she is offended by Darcy’s refusal to dance with her and this lead her to be prejudiced with him. In the proposal scene, there is an ironic reversal. Both suffer from the faults of pride and prejudice, but they are also the necessary defects of desirable merits: self-respect and intelligence. It is true that Jane and Bingley are not a part of this theme but their love is an important link in the novel without which the story cannot be complete. Jane is a specimen of faultless beauty and she is free of all the vices of Elizabeth’s temperament. She is neither proud nor prejudiced and is always willing to see good in every one. It is the intricate characters of Darcy and Elizabeth that hold our interest and exemplify the theme and title of the novel.

She is a good judge but is not able to see though reality and merely falls into appearances of Darcy and Wickham.

Lady Katherine is a also an example of Pride and Prejudice. She has the family and status pride. Mrs. Bennet is proud of her daughter and in her stupidity she is also prejudiced against Darcy. So there is a theme of Pride and Prejudice in minor characters too. The title, Pride and Prejudice aptly points to the theme of the novel. The novel goes beyond a mere statement of first impressions and explores in depth the abstract qualities of pride and prejudice – how they grow and can be overcome.