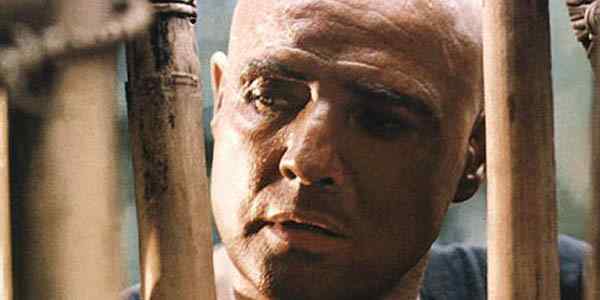 Light versus darkness is a common archetype that appears as a struggle between good and evil. Heart of Darkness by Joseph Conrad is a novella that is cloaked in darkness, both literally and figuratively. It is the narrative of the journey of a steamboat captain, Marlow, into Africa as he searches for Kurtz, a famed chief of the Inner Station. Heart of Darkness is a novella that explores the physical and figurative darkness in the world and inside oneself.  The narrative describes the atmosphere as:

“Into the heart of an immense darkness”

The “heart of darkness,” the completely ambiguous title of the book, is the reader’s first reference to the darkness of and in the story. At first glance, one might assume the “heart of darkness” is simply the African jungle that Marlow and Kurtz are in-merely the location of the story. Also, it may be the inherent evil within a person and the darkness within one’s heart. A more literal heart could be represented with Kurtz as the heart and the ivory as the driving force that fuels him. However, Conrad allows room for many interpretations of the vague title of this novella and never explains or gives much insight into the true meaning.
Conrad forces the reader to wade through the murky imagery that surrounds every aspect of the book. The setting of the book itself is dark. The narrator tells the story in the black of night:

“it had become so pitch dark that we listeners could hardly see one another”.

When the story opens on the Thames River in England, even when the sun is shining brightly, the story takes place in a “mournful gloom”. Brussels,

contains the Company’s offices on “a narrow and deserted street in deep shadow” in which two women knit “black wool”. As if the description weren’t enough, the reader notices two women who seem uncannily like the Fates of mythology which weave destiny and lead only to death, or perhaps hell. The main setting of the Congo River is most definitely sinister and Marlow says that river is “fascinating-deadly-like a snake”. The African jungle is notoriously dark, from the physical darkness of the natives to the spiritual darkness of these so-called savages. The general darkness of the setting is a foreshadowing of what is to come in the book.

Darkness is an absence of light that causes an inability to see. Literally, Marlow cannot see because the steamboat is often caught in fog

“our eyes were of no more use to us than if we had been buried miles deep in a heap of cotton-wool”.

Fog obscures Marlow’s sight so that even though it is day, it is as dark as if it were night. He also cannot see who Kurtz really is as a person. A journalist thought he was very eloquent and “would have been a splendid leader of an extreme party”. Kurtz’s cousin remembers him as a “great musician,” but Marlow

“had taken him for a painter who wrote for the papers, or else for a journalist who could paint-but even the cousin could not tell what he had been- exactly”.

Kurtz’s Intended remembers him as a great man whose “goodness shone in every act”. Kurtz was mired in darkness so much that no single person could fathom who he truly was.

Conrad twists the concepts of light and dark to confuse the reader as to what darkness really is. Ivory is white, but is not pure, and the African natives are black, but not evil. As a white object, the natural association is that ivory is pure, but it is the cause of greed and reckless killing;

“he declared he would shoot me unless I gave him the ivory, because he could do so, and had a fancy for it, and there was nothing on earth to prevent him from killing who he jolly well pleased”.

The whiteness of ivory is misleading and is not as pure as it seems. The Europeans see the black Africans as savages and cannibals. However, the cannibals are able to restrain themselves from eating other humans or each other. Marlow is shocked at this and “would just as soon have expected restraint from a hyena prowling among the corpse of a battlefield”. Also, the natives who attack the steamboat only do because

“Kurtz had ordered the attack to be made on the steamer”.

Marlow expects that the worst from the dark peoples who are actually free of greed and relatively ‘good.’ He conversely is surprised by Kurtz, the morally dark manager of the Inner Station.

There is no doubt that Kurtz is a mad, morally confused character. He is dark in the figurative sense, and the evil genius of the story. He writes seventeen pages explaining how to preserve the native African culture, but a footnote on the last page reads,

“Exterminate all the brutes”.

To top it off, he keeps heads of “rebels” on stakes surrounding his house. This obvious moral darkness is apparent in Kurtz, as he has been cut off from civilization for so long. Kurtz is broken by this darkness, while Marlow is enlightened.

Darkness is a concept that Conrad toys with in Heart of Darkness. He explores this theme through the ambiguous title, the gloomy imagery of the setting, and the various implications of darkness both literally and figuratively. Darkness in this novel is in some ways illuminating to the reader as one realizes the darkness within oneself.