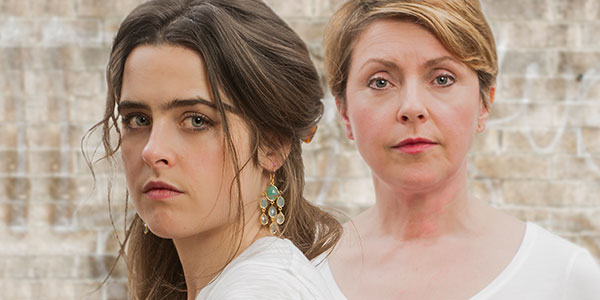 George Eliot is one of the founding-fathers of the modern psychological novel. As W.J. Long points out,

“George Eliot sought to do in her novels what Browning attempted in his poetry.”

That is, to represent the inner struggle of a soul, and to reveal the motives, impulses and hereditary influences which govern human action. Browning generally stops when he tells his story and either lets you draw your own conclusion or else gives you his in a few striking lines But George Eliot is not content until she ahs minutely explained the motives of her characters and the moral lesson to be learnt from them. It is the development of a soul, the slow growth or decline of moral power, which chiefly interests her. The Characters of Dickens and Thackeray are already formed when we meet them and we know what they will do under certain circumstances, but George Eliot’s characters develop gradually as we come to know them. They go from weakness to strength and vice versa.

“Her novels are a study of mental processes. As A.E. Baker rightly points out, “George Eliot’s sphere was the inner man, she exposed the internal clockwork. Her characters are not simply passive. They are shown making their own history, continually changing and developing as their motives issue into acts and acts become a part of the circumstances that condition, modify and purify or demoralize the will. ”

George Eliot’s power of psycho-analysis and her understanding of mental processes are fully exposed in AB. Therefore, many critics have called Adam Bede the first psychological novel as later exemplified by Joyce and Woolf because the psychology of the main characters, Adam, Hetty, Arthur and the Poysers is the theme.

The chapter called A Journey in hope; George Eliot spends far more time in Hetty’s poor brain and heart than Hetty spends on the road in her unwise search for her runaway lover. This is psychology and the chapters immediately before and after this sufficient activity to keep the story rolling; there is much more inner activity than outer. George Eliot is deft in her psychological approach. Shortly after the death of Thias Bede, his wife Lisbeth was in the Bede Home alone with the body. After doing the necessary ritual cleansing and purification of the chamber where Thias lay, she slumped into a chair and contemplated her grief. When George Eliot’s characters think we share their thoughts. When Adam accidentally comes upon Arthur and Hetty embracing in the woods, Hetty scurries away, and Arthur saunter forwards to Adam. He thought,

“After all, Adam was the bet who could have happened to see him and Hetty together: he was a sensible fellow and would not babble about it to other people. Arthur felt confident that he could laugh the thing off, and explain it away. ”

But he misunderstood him. George Eliot’s grip on psychological essentials enables her to draw complex characters much better than her predecessors.

The filed of her most characteristic triumphs is the moral battlefield. Her eagle eye can penetrate though the entire sock and the smoke of struggle. She is particularly good at showing how temptation triumphs. No other English novelist has given as so vivid a picture of the process of moral defeat, as Arthur’s gradual yielding to his passion for Hetty. She, with clearness, shows how temptation insinuates in the mind. David Cecil says,

“Her characters always hang together, are of a piece, their defects are the defects of their virtues. We are not surprised that a man, so anxious for the good opinion of others as Arthur Donnithorne, should selfishly seduce Hetty, because we realize that the controlling force in his character is the desire for immediate enjoyment.”

With equal insight, she can portray the moral chaos that takes possession of the mind after wrong has been done. The guilt ridden conscious of Arthur is analyzed and we are shown the scorpions that sting him and prevent sleep. She lays bare the conscious and semi-conscious motives of Arthur. We see the workings of his innermost mind: He had been awake an hour, and could rest in bed no longer. In bed our yesterdays are too oppressive, if a man can only get up, though it is but to whistle or smoke, he has a present which resists the past. For Arthur, the loss of Adam’s respect was a shock to his self-contentment, which suffused his imagination with the sense he had sunk in all eyes; as a shock. Arthur would so gladly have persuaded himself that he had done no harm if no one had told him the contrary.

It is George Eliot’s psychological insight into the springs of human action, the subtle analysis of character and motive accompanying the external action, which gives her peculiar and individual place among the Victorian novelists. She is one of them and yet how every different and original. She is the first of the great modern novelists who have a high conception of their art, who regard the novel as a serious art form, and who are given to the probing of the human psyche, to the subtle analysis of the subconscious and unconscious.