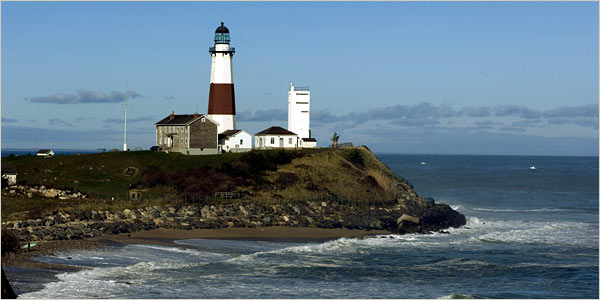 There are following are the major themes in the novel:

Ephemerality:
Few novels capture the ephemeral nature of life as poignantly as Virginia Woolf’s To the Lighthouse. Reality, when conceived of as a collection of fleeting moments, seems as chaotic and fluid as ocean waves. Each of the main characters struggles with this realization, and they all grasp for symbols of permanence and stability despite their understanding of the transience of experience. Mrs. Ramsay, consumed by a need to connect herself to lasting experiences, looks to the pulsating glow of the Lighthouse to unite her experience with a sense of endurance. For her, the steady stroke of the Lighthouse light represents stability and permanence. For this reason, she connects herself to it, unites herself with it, in the hope of gaining a similar sense of connection both to her present and to eternity. In fact, she seeks not only to unite herself with the permanent objects in the physical world, but also to unite her friends, family, and guests in the creation of lasting beauty.

Whereas Mrs. Ramsay’s search for permanence lies in the emotional realm of experience, her husband’s is based entirely in the intellectual sphere. He longs to transcend his own lifetime with an important philosophical contribution, yet feels practically certain that this goal is unachievable. Lily Briscoe suffers from a similar fear that her paintings will be thrown into the attic, never to be fully appreciated and never to make a lasting impression.

By the culmination of the novel, however, Lily is able to surrender this need for permanence and meaning, and she is thus finally able to fulfill her artistic vision. This final scene suggests that Lily can only achieve a sense of fulfillment because she is able to relinquish her need for a permanently significant existence. She finally embraces the ephemeral nature of the countless experiences that constitute a lifetime.

Subjective Reality:
The omniscient narrator remained the standard explicative figure in fiction through the end of the nineteenth century, providing an informed and objective account of the characters and the plot. The turn of the 20th century, however, witnessed innovations in writing that aimed at reflecting a more truthful account of the subjective nature of experience. Virginia Woolf’s To the Lighthouse is the triumphant product of this innovation, creating a reality that is completely constructed by the collection of the multiple subjective interiorities of its characters and presented in a stream-of-consciousness format. Woolf creates a fictional world in which no objective, omniscient narrator is present. There is a proliferation of accounts of the inner processes of the characters, while there is a scarcity of expositional information, expressing Woolf’s perspective on the thoughts and reflections that comprise the world of the Ramsays.

Time is an essential component of experience and reality and, in many ways, the novel is about the passage of time. However, as for reality, Woolf does not represent time in a traditional way. Rather than a steady and unchanging rhythm, time here is a forward motion that both accelerates and collapses. In “The Window” and “The Lighthouse,” time is conveyed only through the consciousness of the various characters, and moments last for pages as the reader is invited into the subjective experiences of many different realities. Indeed, “The Window” takes place over the course of a single afternoon that is expanded by Woolf’s method, and “The Lighthouse” seems almost directly connected to the first section, despite the fact that ten years have actually elapsed. However, in “Time Passes,” ten years are greatly compacted into a matter of pages, and the changes in the lives of the Ramsays and their home seem to flash by like scenes viewed from the window of a moving train. This unsteady temporal rhythm brilliantly conveys the broader sense of instability and change that the characters strive to comprehend, and it captures the fleeting nature of a reality that exists only within and as a collection of the various subjective experiences of reality.

The Presence of the Lighthouse:
The Lighthouse is distant, old, and set against a landscape that fades to the farthest horizon, encompassing the length of visible space. This is a majestic image of a pillar of presiding stability and constant observation. It is a presence that extends beyond the physical and chronological boundaries of the Ramsays and their world, observing them and illuminating the rooms in which the contents of their minds are bared.

The Lighthouse offers a life force to Mrs. Ramsay and her family, propelling both the plot (the novel opens with the conflict surrounding James’s desire to go to it) and the streams of consciousness that ensue. It has a clear and significant presence in this world, yet it is inanimate, not conscious, and it is a figure characterized by its distance from the immediate events of the novel. It seems somewhat elusive and intangible, having indistinct boundaries and features. The setting of the Lighthouse recedes into a realm “uninhabited by men” and therefore signifies a realm and life force that the characters cannot enter themselves. It is distant, intangible, and elusive.

Yet its qualities are permanent and everpresent. The Lighthouse is Mrs. Ramsay’s source of stability and permanence, and it is the force that defines and joins the members of the Ramsay family. It is even present in their home during the ten years that the family is not there–presiding over the abandoned house.

Art as Unity and Permanence:
In the novel, art is defined by Lily (the novel’s central artist) as something able to unify disparate elements into a cohesive whole. When she looks at her canvas, awaiting the fulfillment of her vision, she contemplates how she will incorporate several people and objects into the work in order to create a unified and singular product. This goal, she believes, is the responsibility of the artist, and her artistry represents her way of finding a sense of meaningful permanence in her existence.

Unity is also directly associated with permanence in the novel. Mrs. Ramsay’s most active desire is to create moments of complete connection and unity between people. At her dinner party, she is disturbed by the lack of cohesion, and it is not until a fleeting moment when everyone seems to merge and assimilate into a single unit that she feels fulfilled. Such moments provide her with a sense of stability and endurance, for she knows that they will continue to exist in the memories of others even after she is dead.

In Mrs. Ramsay’s preoccupation with cohesion, and in the connection between cohesion and art, Mrs. Ramsay herself comes to be a sort of artist. Lily acknowledges this figuration near the end of the novel, creating yet another connection with the deceased woman.

The Dichotomous Representation of Water:
Waterhas a great role throughout the novel, in particular as the characters spend a great deal of time looking at the sea that separates the Ramsay’s summer home from the Lighthouse. The symbolism of the water is complex, however, for it seems to represent both permanence and ephemerality. Mrs. Ramsay enjoys listening to the waves beating against the shore. The rhythm is steady and constant, serving as a symbol of consistency and eternity. She learns to depend upon this sound, and it soothes her, providing a deep sense of stability.

Yet water also represents a destructive and erosive force. As Mr. Ramsay stands outside viewing the sea, he reflects that the piece of land beneath his feet will one day be completely worn away and consumed by the sea. In this sense, the sea is a constant and eternal force that magnifies its effects over time and ultimately proves the ephemerality of whatever it touches.

Time:
Time is one of the major themes of To the Lighthouse. Most of the adult characters fixate on the concept of time in one way or another. Mrs. Ramsay cannot help but notice that the present moment becomes the past, and she seeks objects in the external world to ground her in the moment. She also frets endlessly about how time will change her children’s lives. She does not want James and Cam to grow up, for she knows that they will inevitably suffer. In essence, she wishes to stop time for her children, allowing them to be young and carefree forever.

Mr. Ramsay is obsessed with the future and, more specifically, the future of his career. He desperately longs to achieve greatness as a philosopher, but is almost certain that he will not, and he is preoccupied by envisioning the future and predicting whether or not he will be recognized and remembered. He is grief-stricken with the notion that no one will read his books after he has gone, and he laments the fact that young scholars are not interested in his work because they are, after all, the future leaders in the field.

Lily Briscoe is also preoccupied with time, but her fixation changes shape over the course of the novel. Originally, she shares similar concerns with Mr. Ramsay, wondering if her paintings will amount to anything and whether anyone will ever see them. By the final section of the novel, however, her thoughts are located more in the past and in her memories of Mrs. Ramsay. It is partially the effect of these memories that propels her forward and brings her vision into focus.

The Subversion of Female Gender Roles:
Many of the women in To the Lighthouse either overtly or silently subvert conventional female gender roles. Lily Briscoe, for example, has no desire to marry, but rather wants only to dedicate herself to her work (much like Mr. Ramsay and Mr. Bankes). She is independent and self-sufficient, and she is able to disregard Mr. Tansley’s chauvinistic comments about women being unable to paint. Despite Mrs. Ramsay’s persuasion, she holds her ground throughout the novel, refusing to become any man’s wife. These choices and ideas were very unconventional in the early 20th century.

Three of Mrs. Ramsay’s daughters (Nancy, Rose, and Cam) also silently reject the life that their mother chose for herself, in all of its domesticity. They know that they want their lives to be different and more complex than what they perceive as the limited realm of wife-mother, and they are headstrong and adventurous.

Moreover, the novel promises only misfortune for the women who accept the roles carved out for them. Mrs. Ramsay dies unexpectedly at a relatively young age. Prue, shortly after getting married, dies as a result of childbirth. Even Minta, who had been a somewhat unconventional lady, suffers in her marriage, for Paul leaves her for another woman. The novel seems to punish the women who accept positions as wife and mother, while it abounds with young women who are sure that they want a different existence.