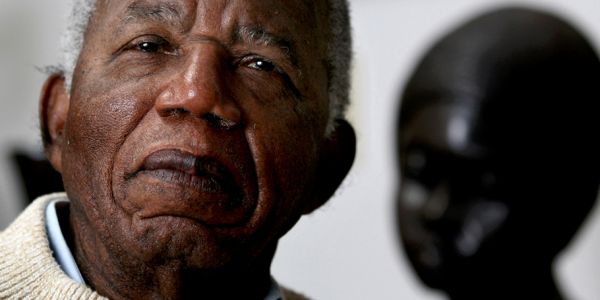 For many writers, the theme of a novel is the driving force of the book during its creation. Even if the author doesn’t consciously identify an intended theme, the creative process is directed by at least one controlling idea—a concept or principle or belief or purpose significant to the author. The theme—often several themes—guides the author by controlling where the story goes, what the characters do, what mood is portrayed, what style evolves, and what emotional effects the story will create in the reader.

Igbo Society Complexity
From Achebe’s own statements, we know that one of his themes is the complexity of Igbo society before the arrival of the Europeans. To support this theme, he includes detailed descriptions of the justice codes and the trial process, the social and family rituals, the marriage customs, food production and preparation processes, the process of shared leadership for the community, religious beliefs and practices, and the opportunities for virtually every man to climb the clan’s ladder of success through his own efforts. The book may have been written more simply as a study of Okonkwo’s deterioration in character in an increasingly unsympathetic and incompatible environment, but consider what would have been lost had Achebe not emphasized the theme of the complex and dynamic qualities of the Igbo in Umuofia.

Clash of Cultures
Against Achebe’s theme of Igbo cultural complexity is his theme of the clash of cultures. This collision of cultures occurs at the individual and societal levels, and the cultural misunderstanding cuts both ways: Just as the uncompromising Reverend Smith views Africans as “heathens,” the Igbo initially criticize the Christians and the missionaries as “foolish.” For Achebe, the Africans’ misperceptions of themselves and of Europeans need realignment as much as do the misperceptions of Africans by the West. Writing as an African who had been “Europeanized,” Achebe wrote Things Fall Apart as

“an act of atonement with [his] past, the ritual return and homage of a prodigal son.”

By his own act, he encourages other Africans, especially ones with Western educations, to realize that they may misperceive their native culture.

Destiny
Related to the theme of cultural clash is the issue of how much the flexibility or the rigidity of the characters (and by implication, of the British and Igbo) contribute to their destiny. Because of Okonkwo’s inflexible nature, he seems destined for self-destruction, even before the arrival of the European colonizers. The arrival of a new culture only hastens Okonkwo’s tragic fate.

Two other characters contrast with Okonkwo in this regard: Mr. Brown, the first missionary, and Obierika, Okonkwo’s good friend. Whereas Okonkwo is an unyielding man of action, the other two are more open and adaptable men of thought. Mr. Brown wins converts by first respecting the traditions and beliefs of the Igbo and subsequently allowing some accommodation in the conversion process. Like Brown, Obierika is also a reasonable and thinking person. He does not advocate the use of force to counter the colonizers and the opposition. Rather, he has an open mind about changing values and foreign culture:

“Who knows what may happen tomorrow?”

he comments about the arrival of foreigners. Obierika’s receptive and adaptable nature may be more representative of the spirit of Umuofia than Okonkwo’s unquestioning rigidity.

For example, consider Umuofia’s initial lack of resistance to the establishment of a new religion in its midst. With all its deep roots in tribal heritage, the community hardly takes a stand against the intruders—against new laws as well as new religion. What accounts for this lack of community opposition? Was Igbo society more receptive and adaptable than it appeared to be? The lack of strong initial resistance may also come from the fact that the Igbo society does not foster strong central leadership. This quality encourages individual initiative toward recognition and achievement but also limits timely decision-making and the authority-backed actions needed on short notice to maintain its integrity and welfare. Whatever the reason—perhaps a combination of these reasons—the British culture and its code of behavior, ambitious for its goals of native

as well as of British self-enrichment, begin to encroach upon the existing Igbo culture and its corresponding code of behavior.

A factor that hastens the decline of the traditional Igbo society is their custom of marginalizing some of their people—allowing the existence of an outcast group and keeping women subservient in their household and community involvement, treating them as property, and accepting physical abuse of them somewhat lightly. When representatives of a foreign culture (beginning with Christian missionaries) enter Igbo territory and accept these marginalized people—including the twins—at their full human value, the Igbo’s traditional shared leadership finds itself unable to control its whole population. The lack of a clear, sustaining center of authority in Igbo society may be the quality that decided Achebe to draw his title from the Yeats poem, “The Second Coming.” The key phrase of the poems reads,

Underlying the aforementioned cultural themes is a theme of fate, or destiny. This theme is also played at the individual and societal levels. In the story, readers are frequently reminded about this theme in references to chi, the individual’s personal god as well as his ultimate capability and destiny. Okonkwo, at his best, feels that his chi supports his ambition:

“When a man says yes, his chi says yes also”.

At his worst, Okonkwo feels that his chi has let him down: His chi

“was not made for great things. A man could not rise beyond the destiny of his chi. . . . Here was a man whose chi said nay despite his own affirmation”.

At the societal level, the Igbos’ lack of a unifying self-image and centralized leadership as well as their weakness in the treatment of some of their own people—both previously discussed—suggest the inevitable fate of becoming victim to colonization by a power eager to exploit its resources.
In addition to the three themes discussed in this essay, the thoughtful reader will probably be able to identify other themes in the novel: for example, the universality of human motives and emotions across cultures and time, and the need for balance between individual needs and community needs.