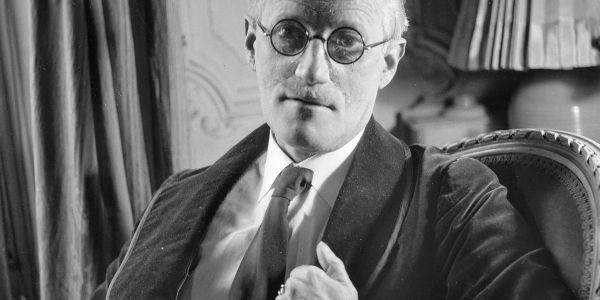 James Joyce’s A Portrait of the Artist as a Young Man is a novel of complex themes developed through frequent allusions to classical mythology. The myth of Daedalus and Icarus serves as a structuring element in the novel, uniting the central themes of individual rebellion and discovery, producing a work of literature that illuminates the motivations of an artist, and the development of his individual philosophy.

James Joyce chose the name Stephen Dedalus to link his hero with the mythical Greek hero, Daedalus. In Greek myth, Daedalus was an architect, inventor, and artisan. By request of King Minos, Daedalus built a labyrinth on Crete to contain a monster called the Minotaur, half bull and half man. Later, for ispleasing the king,

Daedalus and his son Icarus were both confined in this labyrinth, which was so complex that even its creator could not find his way out. Instead, Daedalus fashioned wings of wax and feathers so that he and his son could escape. When Icarus flew too high — too near the sun – in spite of his father’s warnings, his wings melted, and he fell into the sea and drowned. His more cautious father flew to safety.

By using this myth in A Portrait of the Artist as a Young Man (Portrait of the Artist), Joyce succeeds in giving definitive treatment to an archetype that was well established long before the twentieth century. The Daedalus myth gives a basic structure to Portrait of the Artist. From the beginning, Stephen, like most young people, is caught in a maze, just as his namesake Daedalus was.
The schools are a maze of corridors; Dublin is a maze of streets. Stephen’s mind itself is a convoluted maze filled with dead ends and circular reasoning.

Life poses riddles at every turn. Stephen roams the labyrinth searching his mind for answers. The only way out seems to be to soar above the narrow confines of the prison, as did Daedalus and his son. In Portrait of the Artist, the world presses on Stephen. His own thoughts are’ melancholy, his proud spirit cannot tolerate the painful burden of reality.

In the end, he must rise above it. At first, Stephen does not understand the significance of his unusual name. He comes to realize, by the fourth chapter, that like Daedalus he is caught in a maze: Every part of his day, divided by what he regarded now as the duties of his station in life, circled about its own centre of spiritual energy. His life seemed to have drawn near to eternity; every thought, word and deed, every instance of consciousness could be made to revibrate radiantly in heaven… Throughout the novel, Joyce freely exploits the symbolism of the name. If he wants to be free, Daedalus must fly high above the obstacles in his path.

Like the father Daedalus and the son Icarus, Stephen seeks a way out of his restraints.

In Stephen’s case, these are family, country and religion. In a sense, Portrait of the Artist is a search for identity; Stephen searches for the meaning of his strange name. Like Daedalus, he will fashion his own wings — of poetry, not of wax — as a creative artist. But at times Stephen feels like Icarus, the son who, if he does not heed his father’s advice, may die for his stubborn pride. At the end of Portrait of the Artist, he seems to be calling on a substitute, spiritual parent for support, when he refers to Daedalus as

Even at Stephen’s moment of highest decision, he thinks of himself as a direct descendant of his namesake Daedalus. Stephen’s past is important only because it serves as the fuel of the present. Everything that Stephen does in his present life feeds off the myth of Daedalus and Icarus, making him what he is . When he wins social acceptance by his schoolmates at Clongowes, he does so by acting deliberately in isolation – much as Daedalus in his many endeavors:

They made a cradle of their locked hands and hoisted him up among them and carried him along till he struggled to get free.

When he reports Father Dolan to the Rector, he defends his name, the symbol of his identity: It was wrong; it was unfair and cruel: and, as he sat in the refectory, he suffered time after time in memory the same humiliation until he began to wonder whether it might not really be that there was something in his face which made him look like a schemer and he wished he had a little mirror to see. But there could not be; and it was unjust and cruel and unfair.

The myth’s pattern of flight and fall also gives shape to the novel. Each chapter ends with an attempted flight, leading into a partial failure or fall at the beginning of the next chapter. The last chapter ends with the most ambitious attempt, to fly away from home, religion, and nation to a self-imposed artistic exile :

“Welcome, O life! I go to encounter for the millionth time the reality of experience and to forge in the smithy of my soul the uncreated conscience of my race.”

By keeping his audience in doubt as to whether Stephen is Icarus or Daedalus, Joyce attains a control that is sustained through the rhythm of the novel’s action, the movements of its language, and the presiding myth of Daedalus and Icarus.