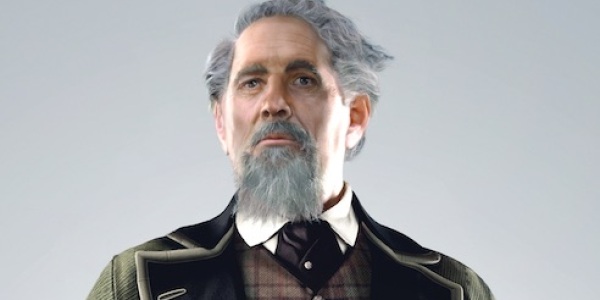 ‘A Tale of Two Cities’ contains an abundant use of symbols and symbolic imagery. Symbolism implies the use of an object, an idea, or a person in a larger or wider deeper sense than is literary conveyed by that object. An employs symbolism in order to give a deeper meaning to his writing. Symbolism is an essential element in the structure of the novel.

The Woodman symbolizes Fate ad the Farmer is symbolizing Death. The author says that they work silently and no one hears them when they walk with their muffled steps.

They work like Fate and Death silently and these are the two forces which destroy France.

The manner in which the writer describes the journey of the mail-couch is also highly symbolic. It is an uphill journey; the hill, the harness, the mud and the mail give the horses a tough time. The horses, however, continue with their drooping heads. There is also an atmosphere of suspicion all over. The rough journey and the air of suspicion around signifies the following crisis for the Manette family and the turmoil for the land of France.

A striking use of symbolism is made in the chapter called, “The Wine-Shop”. A cask of wine gets broken in the street by accident and the wine is spilled on the ground. This red wine paints and stains the streets of Saint Antoine in Paris symbolizing the bloodshed and massacre looming over the country. Many people rush towards it to drink mouthfuls of wine. The people’s hands and foot are stained red by the wine. This symbol becomes perfectly explicit when some body dips his fingers in the wine and scrawls upon a wall the word “blood”. The author comments on his action:

“The time was to come, when that wine too would be spilled on the street-stones and when the stain of it would be red upon many there.”

In the same chapter, Mill has been symbolized. Literally, a mill of course, grinds wheat into flour which serves as food fro the human beings. Here the mill performs a different function. Here we are told that the people of Saint Antoine had undergone a terrible grinding and re-grinding in the mill. The writer says that the children in this superb had

and the sign of Hunger is apparent upon the faces of the children, the young and the old. So the mill is not grinding wheat for the people, adversely it is grinding the people themselves. In the later case, the revolutionaries are described as sharpening their bloody hatchets, knives and swords at a grindstone. Both the mill and the grindstone are the symbols of destruction which the people in France face. Allied with these two symbols and with the symbol of the spilled wine, is the account of the Carmagnole which also occurs in the final part of the novel. The dancing of the Carmagnole is a dreadful sight for spectators like Lucie

In the chapter called “Hundreds of People” Lucie, in her conversation tells the others that she has often sat alone in a corner of the house in the evenings, listening to the echoes of all the footsteps which are to come by and by into their lives. Sydney Carton thereupon remarks that,

“If such be the case, there will be a great crowd coming one day into the lives of all of them.”

The whole scene is symbolic. Lucie says that she hears footsteps and Sydney remarks that a crowd will come into the lives of all. Just then there is a roar of clouds and a flash of lightening. All these are the indications of the coming of a great tempest in their lives in the form of French Revolution when people will be in the state of turmoil and the Manette family will get involved with those multitudes.

The Bastille is another symbol. Hundreds of prisoners have been languishing in this prison for years and years, neglected, un-cared and almost forgotten and dead. The inhabitants of Saint Antoine, under the leadership of Monsieur and Madame Defarge, march upon the Bastille and capture it. Their jubilation knows no bounds. The governor is seized and Madame Defarge herself cut off his head with a knife.

“The National Razor which shaved close.”

It is regarded as the sign of regeneration of the human race. The eloquent, the powerful and the beautiful are all being mercilessly beheaded. La Guillotine is a symbol of the tyrannies, the brutalities which are committed by the down-trodden and poor revolutionaries. La Guillotine is an ugly and hateful symbol as the Bastille previously was.

Madame Defarge symbolizes unlimited hatred and evil. She certainly has motive and reason for her revengeful and blood-thirsty attitude but all her vindictiveness and blood-ruthlessness cannot be explained in terms of those motive and reasons. She is the personification of hatred, revenge and violence. Her knitting requires a sinister significance because in her knitting are registered those who must be exterminated from the ground. Miss Pross on other hand is a personification of love. Her attachment to Lucie is deep and abiding. In the tussle between Madame Defarge and Miss Pross, the Frenchwoman is killed by a bullet from her own hands thus symbolically representing that truth prevails and evil is self-destructive. Sydney Carton has a symbolic purpose.

His sacrificial death symbolizes the way by which the highest human aspirations can be achieved and also the means by which a profligate can attain regeneration.

William H. Marshall tells us that

‘A Tale of Two Cities’ is a story about rebirth through death and that therefore, Dickens gives us opposed symbols of life and death.

These symbols, he says, take the form of images of food and destruction. The symbol of death seems to triumph over the symbol of life.