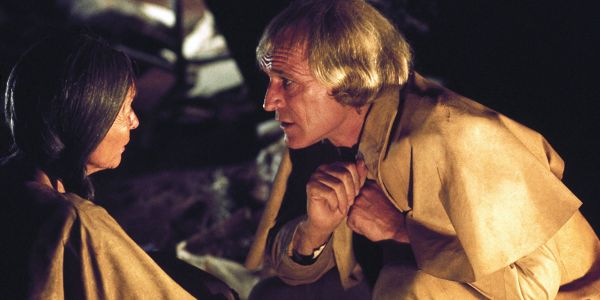 Words like pessimism, fatalism and determinism have freely been used by critics and readers to describe Hardy’s philosophy of life. These labels largely convey his outlook and attitude. Every where in the novels of Hardy, human beings appear to us crushed by a superior force. He is pessimistic because he believes that man is born to suffer and he is fatalistic because he believes that destiny is hostile to man and that it governs human life, allowing very little free will. Whether his creed is fatalism or determinism, Hardy is haunted by the vision of necessity. He shows us the sad consequences of a conflict of contradictory wills and the development of this conflict is crossed at every moment by accidents which interpret them. Hardy, however, is not cynic. He doesn’t regard man as essentially mean and wicked. There are villains in his novels; but he believes that there is more goodness than evil in human nature. Man is capable of heroic endurance of misfortune. Therefore it is possible to call Hardy a determinist than a fatalist. Fatalism implies a blind supernatural power and determinism implies the logic of cause and effect.

“happiness is an occasional episode in a general drama of pain.”

He didn’t think life to be a boon. Hardy’s conception of life is essentially tragic. The conflict is one in which there is only the remotest chance of escape. Man suffers from a lack of foresight and from an inability to subdue his own insubordinate nature and this suffering is aggravated by the chances and incidents and a strange overwhelming power. The Tragedy in ‘Return of the Native’ is due largely to the weaknesses and faults of the characters themselves. To that extent, character is fate, but tragedy is also caused by the natural and fateful forces working on the other end.

Human weaknesses largely determine the course of events in the novel. Clym is a noble man and would like to serve his fellow human beings by educating them. He is not a materialistic man. In fact, has forsaken the fashionable life of Paris and returned to Egdon Heath. We should not expect such a man to be unhappy; but he has his shortcomings. He fails to perceive Eustacia’s unsuitability as a wife to a man like himself. He is unable to see materialistic nature of Eustacia and love for worldly gaiety. She warns him that she doesn’t have the makings of a “good some-spun wife” and his mother emphatically tells him that he would regret his marriage to Eustacia whom she rightly describes as an

but Clym doesn’t see to these warnings. Having fallen in love with and married Eustacia, fails to keep the marriage. He also fails to balance between his wife and mother. Both the couples are incompatible with each other.

Mrs. Yeobright, though a respectable matron for whom we feel great respect, is rigid and obstinate. Being worldly and practical, she is unable to read Clym’s mind and feels unsympathetic to his humanitarian projects. She objects to her educational plans and marriage to Eustacia.

Wildeve is the villain of the piece and is the author of much of the misery that the characters suffer. He is an unscrupulous man, with a shallow nature and shifting loyalties. He fluctuates between one woman and another, marries one of them but keeps running after the other. His intimacy towards married Eustacia triggers more crises in the lives of characters.

The tragedy in ‘Return of the Native’ results from the incongruities of the situation in which these characters find themselves. For example, the incongruity of incompatibility between Clym and Eustacia, she hates Edgon Heath as much as Clym likes it.

She likes the glamour of Paris and thinks Heath a hell.

The responsibility of the characters for their tragedy is obvious. We repeatedly have a clash of wills and a conflict of purposes between the various persons involved, each pulling in a different direction. The tragic situation keeps mounting and the characters reach the limit. We are unable to understand the force working behind their tense and tragic life. It is destiny which manifests itself in the form of accidents and incidents. It is just when Mrs. Yeobright has determined to reconcile between the couple that the demon of mischance begins its game. Mrs. Yeobright’s death is the result of many ironic accidents and coincidences. She arrives at her son’s house at a time when Wildeve is having an intimate conversation with Eustacia and when she cannot immediately open the door. Mrs. Yeobright turns back and on her way back home is bitten by an adder and is killed. Before her death, she tells the boy, Johnny whom she meets purely by chance that Eustacia had discarded her. Clym has driven out Eustacia; fate resumes its flippant jests. He writes a letter to her to come back; but the letter miscarries by a few minutes. Clym, unaware of this, sits in his house waiting for Eustacia to knock. The night is the worst imaginable. The Heath is beaten by wind and rain. At length, a woman’s footstep is heard. He feels excited. Thinking it to be Eustacia, he finds Thomasin who breaks the news of Eustacia’s elopement with Wildeve which ends in drowning. We must remember that almost all Eustacia’s meetings with Wildeve after her marriage to Clym have been accidental.

All these incidents are responsible for their tragic ends and are supplemented by human weaknesses and get aggravated.

In Hardy’s stories, nature is always a personage and this personage is embodied here in Egdon Heath. Heath is the dark immemorial environment whose influences control the lives and destinies of those who dwell here. Egdon Heath symbolizes the whole cosmic order, win which man is but an insignificant particle. Eustacia looks upon Heath as a great enemy. She regards it as her cross, as her shame and as the potential cause of her death. Egdon Heath is swept by rain and wind causing death to Eustacia and Wildeve and it also kills Mrs. Yeobright with its venomous adder from its bosom.