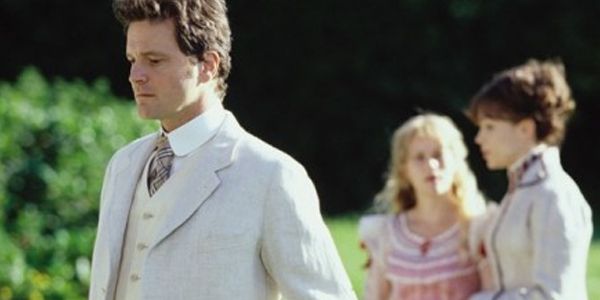 In Oscard Wilde’s play, there is a complete dearth of action because Wilde is a playwright of comedy of dialogue. Comedy of dialogue is a strong point of Wilde as a dramatist and we can see this quality fully exhibited in in the play, ‘Importnace of Being Earnest’. The little action exposed in the play is only in the form of jouneys made by the female and male characters from town to the country and vice versa. So, ‘Importace of Being Earnest’ belongs to the literary genre called Artificial or farcical comedy which is full of boisterous activities and artificiality. This genre lacks natural truth and realism because the play is characterized by exaggeration both in the plot and dialogue to the point of absurdity. One of the contemporary reviewers of the play said,

“ By writing The Importance of Being Earnest, Wilde found himself as an artist in sheer nonsense ’.

The reviewer called it a farce and said, “It is of nonsense, and bitter nonsense our stage has not seen. He added:

“There is no philosophy, no profundity, no underlying significance, no symbolism and no theme in the play but witty talks and extravagance remarks ”

Wilde described the play as a Trivial Comedy for serious people which is a paradoxical statement. Perhaps, he meant that even serious people will be moved to laughter by the play or he might have meant that though it is a trivial comedy, yet it has the elements which will interest even serious people. The distinguished feature of a farce is exaggerated comedy to the point of absurdity. Most of the situations in the play are absurd. For example, the lost and found story of Jack is absurd because Miss Prism puts the baby in the handbag and leaves the bag in the cloakroom of a station. Thus, nothing can be more absurd than this. The absurdity in which Jack was lost gives rise to many witty remarks made by Lady Bracknell. At the intrrogation of Jack’s parentage, Lady Bracknell, at leraning that he was found in a cloakroom of a station, says that she can never allow her daughter:

Another absurdity is in Gwendolen’s rapturous reaction to the name, Earnest. She says, ‘There is some thing in this name which inspires absolute confidence’. That she immediately falls in love with Jack, for his name is Earnest shows perfect absurdity on part of Gwendolen. She makes it clear that she wouldn’t marry a man having a name other than Earnest. She feels sorry for the who marries a man, named John. She says that Earnest is a divine name with music of its own. he same absurdity is in Cecily’s falling in love with Algernon for his name being Earnest. It has been girlish dream of hers to marry some one whose name is Earnest. This similar reaction of Cecily to the name, Earnest, shows the cheapest absurdity. She has been engaged to him for three months. She has even bought an engagement ring. She has even been writing letters to him and has once broken off her engagement over a petty row and got reengaged to him again. Nothing can be more absurd to the credit of Cecily who is a step ahead of Gwendolen. The decision of being christened as Earnest by Algernon and Jack is another sheer absurdity in the play. They ask Dr. Chasuble to perform the ceremonies which he readily accepts. This is another incredibility in farcical plays that strange evensts happen like fascination of the girls for the name, Ernest and the boys’ decision to change their names. This decision and fascination are highly improbable on part of two educated parties. Dr. Chasuble’s readiness is, too absurd and comic who is supposed to be religiously advising the boys in stead of accepting them. There are many paradoxical statements as Gwendolen remarks:

The statement is paradoxical because the simplicty of characters should be comprehensible. There is yet another paradoxical statement when Cecily remarks that Dr. Chasuble is a great scholar who has never written a single book . There is also absurdity of Cecily’s habit of keeping a diary but the play is not all absurd. There is also seriousness and credibility. For example, there is nothing absurd about Jack’s brother, Earnest and Algernon’s Bunbury because all of us look for certain excuses to avoid responsibilities for our objectionable activities. Lady Bracknell’s reaction to Jack’s parentage is highly believable, for no sensible mother would get her daughter married to such a man of unknown origin. Gwendolen’s run away to Jack’s home is also realistic because many girls leave their homes to find their lovers. Thus, Wilde possibly wanted to provide food for serious people, too apart from arranging a comic fare to his audiences. Wilde posed as a Trifler, but he had a capacity for thinking . There is also wonderful meaning in his madness and epigrams. Many remarks in the play have serious appeal. For example: The excessive consumption of wine by servants at parties at Algernon’s flat is a kind of complaint which all bachelors share. Algernon speaks a fact:

‘Romance ends when a proposal of marriage’

‘Relatives are tedious pack of people’.

Portrayal of Lady Bracknell is a satirical attack on social snobbery. Dr. Chasuble – a hypocrite– is a fine example of serious thinking. The question also arises that how society should have treated Jack, if he had been abandoned and illegitimate child. There is much food for thought for serious people in the play.