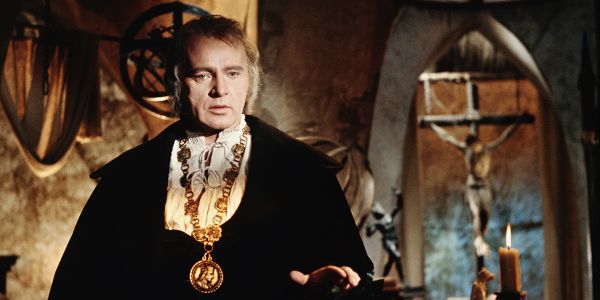 A study of Marlowe’s great tragedies cannot but convince us that Marlowe possessed the power in its fullest degree of projecting himself into his chief characters. The most important quality of his works is the subjective or autobiography note. Here lies the greatest difference between Shakespeare and Marlowe as dramatists. There is a complete effacement of Shakespeare’s personality in his plays. We cannot say that this or that passage reveals Shakespeare’s personality or mind. But Marlowe couldn’t but project his personality into the chief characters of his plays – especially in his four great tragedies: Tamburlaine, Doctor Faustus, The Jew of Malta and Edward II.

Marlowe’s Life and the Spirit of Renaissance Before discussing the subjective note in his plays any further, we should have a fair idea of Marlowe’s life, his career, the influence of the Renaissance on him, and his ambitions. Marlowe came of parents

He was the son of a shoe maker. But he was fortunate enough to get school education and had a chance to go to Cambridge to specialize in theology and got Doctorate in Divinity. But his abandoned his career in theology and joined the theatrical companies in London to become a dramatist. But seeing a difference between himself as poor and his companions as rich, though they were much inferior to him in intellect, Marlowe rebelled against the established norms. This was also perhaps the main cause of his rebellion against religion and its normal orders. He was much criticized and branded as the Atheist. He also possessed a dual personality. He was a dramatist and poet in London, but also had relations with the underworld. However, Marlowe was a man of the Renaissance and an embodiment of the spirit of his age. He was a saturated with the spirit of learning, exploring and experimenting with its hankering after sensual pleasure of life and with its inordinate ambition and supreme lust for power and pelf. He was profoundly influenced by Machiavelli, the famous Italian social and political writer, who discarded all conventional moral principles to achieve the end by any means, fair or foul.

A close and critical study of works of Marlowe convinces us that all his tragic heroes clearly reveal the chief characteristics and temperament of the great dramatist. All his tragic heroes are absolutely dominated by some uncontrollable passion. To achieve their end, they throw overboard all established moral scruples or religious sanctions and never avoid using horrible means, for example, his cruel and tyrant Tamburlaine with his craze for limitless power defies all authorities on earth and in the heaven. His stone-heated Barabas is dominated by a senseless craze for gold and doesn’t shirk from committing the worst type of crimes to achieve his end, thus he seems to be an embodiment of Machiavellism. To gain super human powers through knowledge, his Doctor Faustus sells his soul to the Devil in pursuit of his passion. His heroes have a scant regard for religion as Faustus says,

“ I count religion but a childish toy”

another significant point is that all tragic heroes of Marlowe are poets and convey their feelings and emotions to the audience in the superb poetic language, but of all Faustus is a poet par excellence just like Marlowe himself. His utterance about Helen is magical and fascinating:
Was this the face …. Towers of Illium?

And Marlowe himself was a great poet of passion.

Marlowe and Faustus-A Striking Parallelism: Of all the tragic heroes of Marlowe, Faustus bears the most striking reflection of Marlowe’s own self. We know that Marlowe was the second child of a Canterbury shoe-maker and in the very beginning of the play, we are told of Faustus’ parentage as: Now is he born, his parents base of stock. Harold Osborne has pointed out that Marlowe like Faustus came of parents ‘base of stock’ and was destined for the church but turned elsewhere. We should not press the analogies too far, but we cannot ignore them as the parallelism is too obvious.

Spiritual Suffering: Doctor Faustus very powerfully expresses Marlowe’s innermost thoughts and authentic experiences. So it can be regarded the spiritual history of Marlowe himself. Marlowe’s inordinate ambition led him to revolt against religion and society, to defy the laws of man and laws of God and such defiance is bound to bring up acute mental conflict resulting in deep despair and certain defeat. So, both Marlowe and Faustus experience terrible mental pangs and agonies. Osborne has rightly observed:

The descriptions of Faustus’ repentance, despair and mental anguish are among the most vivid and poignant parts of the play. It is, of course, possible to suppose that Marlowe had passed through a stage of youthful skepticism in religion and that with a sounder and deeper faith he had come to the knowledge of repentance.

Doctor Faustus’ tragic death also has resemblance. After living twenty four years in sensual activities, Faustus had to surrender his soul to the Devil. Marlowe’s Bohemian and boisterous life, too came to a tragic sudden end in tavern brawl at the hands of a shady character of the London Underworld at the age of twenty nine. Marlowe lost himself into his works.

Reading the play we cannot refrain from concluding that it is the spontaneous expression of its writer’s innermost thoughts and authentic experiences.