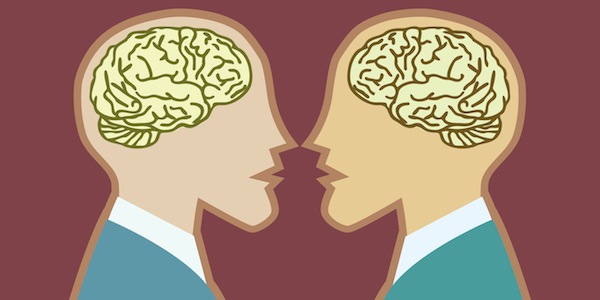 The book is moderately curious but very overrated. The author himself doesn’t pretend it is more than it is: he freely admits in the preface that his book is incomplete and, for example, cannot be taken as an exposition of his theory. It is, he says, an essay in the original meaning of this word: and incomplete attempt. Bloom — tactfully but even more crisply — conveys this same idea in his foreword; this, he says, is a period piece, not a timeless book, and, I quote, it

Finally, whatever doubts we may still have are dispelled within the first, say, ten pages. So, what to expect here?

The book is erudite, yes. Intellectually stimulating? Very much so. It’ll make you want to read more (not of him, but those he talks about, like Aristotle’s Poetics, for example). But is it directly instructive? No, not really. Well thought out? No. Shapeless? Yes. Unjustified and uneven? Overwhelmingly, yes — and, at times, descending into outright drivel. An example:

“It is generally accepted that a critic is a better judge of the value of a poem than its creator, but there is still a lingering notion that it is somehow ridiculous to regard the critic as the final judge of its meaning, even though in practice it is clear that he must be. The reason for this is an inability to distinguish literature from the descriptive or assertive writing which derives from the active will and the conscious mind, and which is primarily concerned to “say” something.”

Here we have a careless pile of anecdotal evidence, ad numerum, at least two ad populums, and got only knows what else, crowned by a non sequitur. This? From a supposed prominent literary figure, a person of note? I mean, what prevents one from countering the argument above with, say, the following:

“It is generally accepted that a poet is a better judge of the value of a poem than its critic, but there is still a lingering notion that it is somehow ridiculous to regard the poet as the final judge of its meaning, even though in practice it is clear that he must be”

and so on? You get my point. The whole book brims over with this kind of argumentation.

It really is of no importance, whether you agree with Frye, or you do not. After all, such things only matter if you are yourself literature historian, and you already developed your own viewpoints of the literature or culture and what does it look like. But, if you are only beginning your own path upon that winding road, you shouldn’t walk right past Frye without stopping and looking at least for some time.

Amongst the books to which I return often, which fuel over and over again mine desire for things that are slowly, but irreversibly being forgotten, amongst E.R.Curtius, Erich Auerbach, Roland Barthes, stands Frye. Stands there as an equal. His “Anatomy of criticism” keeps shoving itself, many times over, as an endless well of themes, motives, ideas, it functions as a marvelous whole which is trying to heed some light upon the dark corners of the earth. Especially those presented in literatures of all kind.

Of course, this is a major task for any book, and question remains of Frye’s successfulness. Personally, putting aside all thoughts of structuralism, deconstructionism and all kinds of isms, that emerged years after this book was published, Frye’s conception of critic, and critical task still remain important and strong as ever it was.

I will not talk about it here, it makes no sense at all, retelling Frye. He’s making best argue over his own position with his own words, which you will find printed here. What I should say is – putting aside Frye and his work means missing very large part of literature. Not the corpus itself, of course, but rather a certain viewpoint, manner of building worlds with bricks that are dealt beforehand, manner that breathes new life into a body that has been slowly rotting away.

In this classic work Frye takes a long view of literature, and discerns deep structural patterns. In Essay I he charts a progression in the history of western literature from myth through romance through realism to irony in which the hero becomes increasingly human. Essay III envisions different archetypal literary forms (comedy, romance, tragedy, satire) as continuous phases of a central quest-myth that recurs throughout the history of western literature, and lays out a rich and resonant typology of their symbolism.

I found Essays II and IV, which are concerned with forms of symbolism, and genres, respectively, to be somewhat muddled, and much less insightful than the other two essays.

Bottom line- if you read Essays I and III you will gain a new and lasting insight into the stories you come across and the way they work, be they novels, films, plays or poetry.

Yes, there is an element of gratuity, of something transcending the merely utilitarian; great books need no external referent, they are alternative worlds in their own right. It is the critic’s task to unlock these worlds and outfit the reader with the right gear for his own journey of discovery. It is not the critic’s task to be the surrogate reader who substitutes his own generalizations for all the so lovingly crafted details a good writer has put into his work. The Nobel-laureate Joseph Brodsky maintained that language and literature are more ancient and inevitable than any form of social organization. But there is such a thing as development and evolution, even in the arts. To define literature basically as a myth-building activity is a tat one-sided.

In fact it was never really true: Homer dealt with the facts and fantasies of a bygone era in the fashion of his own period. And when Aristotle in his poetics mentions the word “myth,” he simply means “story.” Ours is the age of science, and art ahead of its time, always complies to current standards of scientific enquiry. The specific detail, the significant trifle, a disdain for generalities, attention to subtleties, curiosity for what lays beyond the mythological paradigm – these are the hallmarks of genuine art and indicative of quality.

Mr. Frye attempted to establish a sort of Cabala for the critical profession. He declared to ascribe to the laudable premise that the principles of criticism must arise from an empirical study of the texts themselves. But Frye was never really interested in what an author himself has to say. In fact he thought it ok to ignore authors altogether: never mind how carefully Proust has crafted his subtle structure of counter points and hidden references, never mind how original a multi-layered temperament may reflect on its perception – this is just “lifeless text,” we got to stuff the pastry, give me “proto-generic forms,” give me archetypes and ideas! Shakespeare didn’t mean to say that? In fact he wouldn’t even have a clue what you are talking about? Who cares?! This is an exercise for our academic society of mutual masturbation. Not for people interested in Kafka.

So in Frye’s scheme of things, Montaigne, or Marcel Proust, by default, wither on the fringes. So do Flaubert, Dos Passos, (is he actually mentioned at all?) Auden, T.S.Eliot, Pushkin, Tolstoy, Chekhov – even Cervantes squeezes in only with difficulties. “What’s the use?” you ask, when you wrestle with deadlines and the daily task of 3000 printable words. Frye utterly lacks application. Armed with nothing but his typology you will never be able to recognize a talent when you see it. But of course if all you aspire is a parasitic career in academia on the bones of already dead poets – Mr. Frye is the man. Consequently, Frye summarily dismissed as insufficient and individualistic any honest effort to open a reader’s mind to the specifics of a text. In his view, a long tradition of critical appreciation, which began with Longinus and found in Nabokov it’s most vociferous advocate, has barely a right to exist. Frye was a pigeonholer. He wanted to classify and label. For him the world of literature since Aristotle hadn’t moved an inch. When Frye divided his essay in four sections on “historical,” “ethical,” “archetypical,” and “rhetorical” criticism, or modes, symbols, myths, and genres, he made it look as if he deals with matters of great complexity, but it always comes down to the most general, i.e. emptiest, denominator. Not that he was always wrong: You can safely take home his explanation for the suspension of disbelief as an imaginative stipulation – comparable to a scientific hypothesis – which the actual novel then puts to the test. Mr. Frye was neither stupid nor did he lack a certain turn of phrase. But in total this amounts to small change.

A man of genius is able to frame this whole book in one aphorism. In “Kafka and his Precursors” Jorge Luis Borges showed how it is done and made the point that all this classifying is a product of hindsight. Suppose Kafka had died in his cradle, then nobody would ever see what Kierkegaard, Browning and Melville have in common.

People seem still to build academic careers on this [stuff], and college teachers continue to regurgitate these “illuminations” to their students.