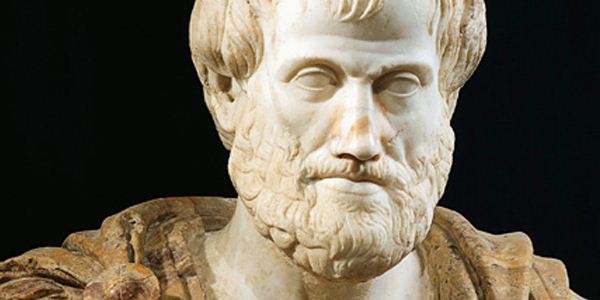 In
the century after Sophocles, the philosopher Aristotle analyzed tragedy. His
definition: Tragedy then, is an imitation of an action that is serious,
complete, and of a certain magnitude; in language embellished with each kind of
artistic ornament, the several kinds being found in separate parts of the play;
in the form of action, not of narrative; through pity and fear effecting the
proper purgation of these emotions.
Aristotle identified six basic
elements: (1) plot; (2) character; (3) diction (the choice of style, imagery,
etc.); (4) thought (the character’s thoughts and the author’s meaning); (5)
spectacle (all the visual effects; Aristotle considered this to be the least
important element); (6) song.
According to Aristotle, the
central character of a tragedy must not be so virtuous that instead of feeling
pity or fear at his or her downfall, we are simply outraged. Also the character
cannot be so evil that for the sake of justice we desire his or her misfortune.
Instead, best is someone

“who is neither outstanding in virtue and
righteousness; nor is it through badness or villainy of his own that he falls
into misfortune, but rather through some flaw [hamartia]”.

The character
should be famous or prosperous, like Oedipus or Medea. What Aristotle meant by hamartia
cannot be established. In each play we read you should particularly consider
the following possibilities. (1) A hamartia may be simply an intellectual
mistake or an error in judgement. For example when a character has the facts
wrong or doesn’t know when to stop trying to get dangerous information. (2)
Hamartia may be a moral weakness, especially hubris, as when a character is
moral in every way except for being prideful enough to insult a god. (Of course
you are free to decide that the tragic hero of any play, ancient or modern,
does not have a hamartia at all). The terms hamartia and hubris should become
basic tools of your critical apparatus.
The word tragedy can be applied to a genre of literature. It can mean ‘any
serious and dignified drama that describes a conflict between the hero
(protagonist) and a superior force (destiny, chance, society, god) and reaches
a sorrowful conclusion that arouses pity or fear in the audience.’ From this
genre comes the concept of tragedy, a concept which is based on the possibility
that a person may be destroyed precisely because of attempting to be good and
is much better than most people, but not perfect. (Irony, therefore, is
essential and it is not surprising that dramatic irony, which can so neatly
emphasize irony, is common in tragedies.) Tragedy implies a conflict between
human goodness and reality. Many scholars feel that if God rewards goodness
either on earth or in heaven there can be no tragedy. If in the end each person
gets what he or she deserves, tragedy is impossible. Tragedy assumes that this
universe is rotten or askew. Christians believe that God is good and just,
hence, for certain scholars tragedy is logically impossible. Of course a
possible variation of the tragic concept would allow a character to have a
fault which leads to consequences far more dire than he deserves. But tragic
literature is not intended to make people sad.

It may arouse pity and fear for
the suffering protagonist, or for all humanity, especially ourselves.

But
usually it also is intended to inspire admiration for the central character,
and by analogy for all mankind. In the tragic hero’s fall there is the glory in
his or her misfortune; there is the joy which only virtue can supply. Floods,
automobile accidents, children’s deaths, though terribly pathetic can never be
tragic in the dramatic sense because they do not occur as a result of an
individual man’s grandeur and virtue. After reading each book in the course, be
sure you know whether it presents a tragic view of life. (Incidentally,
although some plays we read are certainly tragic in all scholars’ opinions,
many Greek plays produced as tragedies are not tragic by anyone’s definition,
including Aristotles’.)
You should be aware of the following concepts and opinions of
Aristotle’s which have tremendously influenced drama in the Western World.
a. Tragedies should not be
episodic. That is, the episodes in the plot must have a clearly probable or
inevitable connection with each other. This connection is best when it is
believable but unexpected.
b. Complex plots are better than simple plots.
Complex plots have recognitions and reversals. A recognition is a change from
ignorance to knowledge, especially when the new knowledge identifies some
unknown relative or dear one whom the hero should cherish but was about to harm
or has just harmed. ‘Recognition’ (anagnorisis) is now commonly applied to any
self-knowledge the hero gains as well as to insight to the whole nature or
condition of mankind, provided that that knowledge is associated, as Aristotle
said it should be, with the hero’s ‘reversal of fortune’ (Greek: peripeteia). A
reversal is a change of a situation to its opposite. Consider Oedipus at the
beginning and end of Oedipus the King. Also consider in that play how a man
comes to free Oedipus of his fear about his mother, but actually does the
opposite. Recognitions are also supposed to be clearly connected with all the
rest of the action of the plot.
c. Suffering (some fatal or painful action) is
also to be included in a tragic plot which, preferably, should end unhappily.
d. The pity and fear which a tragedy evokes, should come from the events, the
action, not from the mere sight of something on stage.
e. Catharsis
(‘purification’ or ‘purgation’) of pity and fear was a part of Aristotle’s
definition of tragedy. The meaning of this phrase is extremely debatable. Among
the many interpretations possible, consider how well the following apply to our
plays: