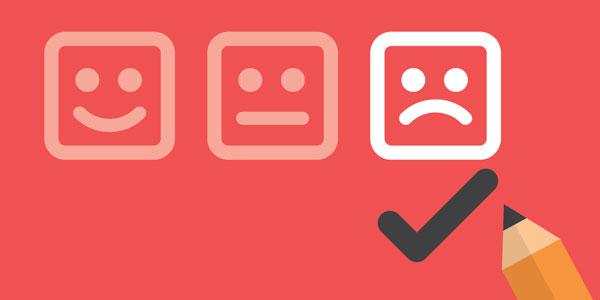 Apologie for Poetrie was intended as a reply to Stephen Gosson’s School of Abuse. Gosson had inducted poetry on the ground that a man can employ his time more usefully than in poetry that is the nurse of amusement. Thus, Plato had rightly banished poets from his ideal state. Sidney in his Apology replies to each of his charges, drawing copiously, in the absence of critical authorities in England, on the ancient classics and the Italian writers of the Renaissance: in particular, on Plato, Aristotle, Virgil and Scaliger and yet it is an original document. Gosson remarks:

“the mother of lies”

Sidney’s Apology is not only a reply to Gosson but much more. It is a spirited defence of poetry against all the charges that had been laid at its door since Plato. He says that poetry is the oldest of all branches of learning; it is superior to philosophy by its charm, to history by its universality, to science by its moral end, to law by its encouragement of human rather than civic goodness. Among its various species the pastoral pleases by its helpful comments on contemporary events and life in general, the elegy by its kindly pity for the weakness of mankind and the wretchedness of the world, the satire by its pleasant ridicule of folly, the comedy by its ridiculous imitation of the common errors of life, the tragedy by its moving demonstration of ‘the uncertainty of this world, and upon how weak foundations golden roofs are builded,’ the lyric by its sweep praise of all that is praiseworthy, and the epic by its representation of the loftiest truths in the loftiest manner. Hence Sidney says that a man might better spend his time in poetry. The poet is not a liar; the poet uses falsehood to arrive at a higher truth. It is not poetry that abuses man’s wit but man’s wit that abuses poetry. Plato found fault not with poetry, which he considered divinely inspired, but with the poets of his time who abused it to misrepresent the gods. Thus, Sidney’s Apology:

“is a veritable epitome of the literary criticism of Italian Renaissance.”

Sidney is the herald of Neo-classicism in England. He is essentially a theorist of the imagination. He fuses the romantic and the classical tendencies. His Defence of Poetry is the earliest attempt to deal with the poetic art, practically and not theoretically. His judgements are based on contemporary literature and show ample good sense and sound scholarship. His ultimate test is of a practical kind, i.e., the power of poetry to move to virtuous action. He has thus contributed to the appreciation of literature in the concrete. Sidney’s work is comprehensive enough to incorporate all the existing forms of poetry in his age. He gives his views on the nature and function of poetry, on the three unities, on tragedy and comedy, and on diction and metre. It is the pioneer in dramatic criticism. As a French critic has observed. Sidney’s Defence of Poetry “gives us an almost complete theory of neo-classical tragedy.’ Its significance lies in the fact that it comes at a time when most of the gentlemen shunned the name of being called a ‘poet.’ Sidney’s vindication of poetry and his serious treatment of the poetic art enthused a new confidence in them and poetry came to be looked upon as a noble and worthy pursuit, no more a ‘laughing stock of children.’ Sidney boldly faced the traditional objections to poetry and he tried to dispel the mists of prejudice that had gathered around it. Wimsatt says:

“The essay reflects and telescopes not only the continental criticism of the century but a certain amount of classical Greek and Roman as well. ”

His approach was not only negative but he positively tried to bring out the value of poetry in the social and intellectual life of society. He presented his arguments in lucidly. He was treating poetry as a poet with ‘illuminating insight’ and ‘inspiring enthusiasm.’ What was precisely the influence of this treatise on Sidney’s contemporaries is only a matter of conjecture. It was circulated in manuscript among his friends and other literary circles during his life and ‘ was soon quoted in the best critical places—in Puttenham’s Arte of 1589, in Harington’s Apologie of 1598.’ Its influence on Ben Jonson, Shakespeare and other dramatists is quite obvious. It gives incentive to creative writing. When this treatise was written, English literature stood at the lowest ebb. In less than twenty-five years after its publication, it became one of the glories of the world. Apart from its influence on the creative writers of the Elizabethan age. Sidney’s treatise showed the direction of later criticism, the neo-classical as well as the romantic. The neo-classical critics made a fetish of his views on the observance of the unities, and the romantic critics like Shelley drew inspiration from its fountain for supporting their theory of creative imagination. Atkins says that it continues to charm ‘with its idealism, its sanity, its humour, and its grace’ to the modern reader.’ The Apologie is a kind of brilliant beginning of literary theorizing in England. Sidney was well-acquainted with the classical Greek and Roman critics but it all matters little. Sidney wrote, not a pedant’s encyclopedia, but a gentleman’s essay. Thus Sydney’s Apology for poetry is a true epitome of renaissance.