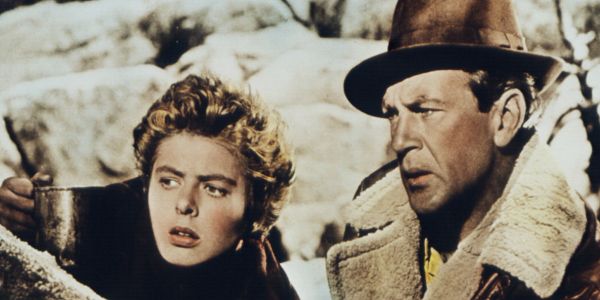 The protagonist of For Whom the Bell Tolls, Robert Jordan left his job as a college instructor in the United States to volunteer for the Republican side in the Spanish Civil War. Initially, he believed in the Republican cause with a near-religious faith and felt an

with his comrades on the Republican side. However, when the action of the novel starts, we see that Robert Jordan has become disillusioned. As the conflict drags on, he realizes that he does not really believe in the Republican cause but joined their side simply because they fought against Fascism. Because he fights for a side whose causes he does not necessarily support, Robert Jordan experiences a great deal of internal conflict and begins to wonder whether there is really any difference between the Fascist and Republican sides.

Robert Jordan’s interior monologues and actions indicate these internal conflicts that plague him. Although he is disillusioned with the Republican cause, he continues to fight for that cause. In public he announces that he is anti-Fascist rather than a Communist, but in private he thinks that he has no politics at all. He knows that his job requires that he kill people but also knows that he should not believe in killing in the abstract. Despite his newfound love for Maria, he feels that there cannot be a place for her in his life while he also has his military work. He claims not to be superstitious but cannot stop thinking about the world as giving him signs of things to come. These conflicts weigh heavily on Robert Jordan throughout the bulk of the novel.

Robert Jordan resolves these tensions at the end of For Whom the Bell Tolls, in his final moments as he faces death. He accepts himself as a man of action rather than thought, as a man who believes in practicality rather than abstract theories. He understands that the war requires him to do some things that he does not believe in. He also realizes that, though he cannot forget the unsavory deeds he has done in the past, he must avoid dwelling on them for the sake of getting things done in the present. Ultimately, Robert Jordan is able to make room in his mind for both his love for Maria and his military mission. By the end of the novel, just before he dies, his internal conflicts and tensions are resolved and he feels “integrated” into the world.