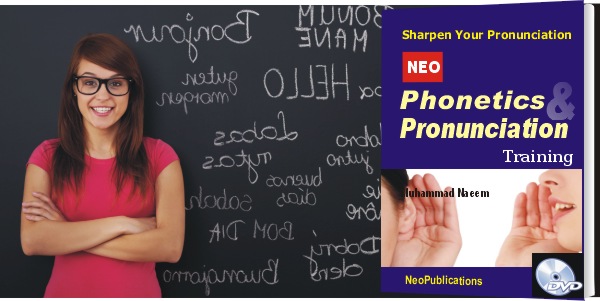 If you speak English
fluently but your pronunciation is poor, you lose all power of Language.
Pronunciation has always been difficult for students to acquire. Teachers have focused mainly on reading and writing but they never trained students in speaking and pronunciation. This results in poor pronunciation.

If your pronunciation is weak, you cannot understand English
movies and English News because their accent is different. It is
surprising for most people that we do even the basic Alphabet of English
wrong.

Bad Pronunciation is a Personality Killer

Pronunciation for Business and Job

Most call-center jobs are reserved for people who know English Phonetics and Pronunciation.

It is difficult for most people to pronounce even basic alphabet correctly. For example, people will say:

Q /kyau/
Right pronunciation is /kh-yoo/
Even a small vowel or consonant mistake will render your education worthless. For example:

The above sentence will never be understood properly when spoken
fluently by a native speaker of English. It is actually spoken as:

Would you give me the plate if it is OK?
Accent is reduced.

Silent letters can be very confusing. A very common mispronunciation is /tom-b/ for Tomb.

British and American is another area.

Only fluent English is not enough, accent reduction and pronunciation will improve your speaking power.

Do you want to speak English in American/British Accent?