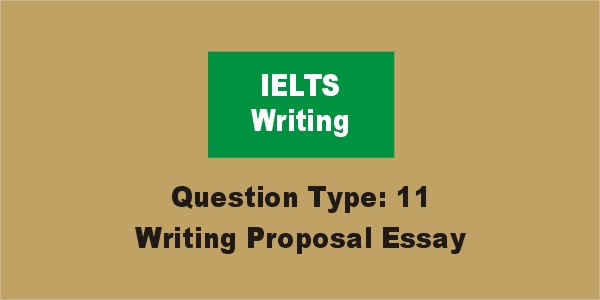 NeoTips for writing proposal essay
A proposal essays finds the causes of an issue and then proposes a workable solution to the problem. Analyse the question so you understand the topic and the related task. For the example, the topic below is Teenage Crime and the task is to write about the causes and the solution of the teenage crime.

Task 2:
The crime rate among teenagers has increased dramatically in many countries.
Discuss some possible reasons for this increase and suggest solutions.

Essay
Over the last decade there has been a massive rise in the level of crime committed by teenagers in a numbers of countries. It is important to establish why this has happened and to look at ways to solve the problem.

One reason is the break down in the nuclear family. The high divorce rates have meant many children have been brought up in one-parent families with no father to act as a role model which is detrimental to their development. This is particularly important for boys, who without this guidance are easily led astray by bad influences such as drugs and crime. Another factor is the lack of things to do for the young. For example, in the UK, many television programs about this issue have shown that teenagers hang around in the evenings with little to do. When this happens, the boredom means they will find their own entertainment, which is often crime.

There are, however, ways to tackle these problems. Firstly, the government should provide more support for families. They could, for instance, invest more into building and staffing youth centres which would provide guidance through the youth workers and also enable teenagers to focus their attention on sport and other activities. Parents should also be encouraged to take more responsibility for their children. Ultimately, the onus is on them to ensure their children are brought up in a loving environment which would make them less likely to turn to crime. They could, for example, find a male relative to act as a role model.

Therefore, it is clear that there are various reasons for this rise in crime, but solutions are available. If we begin to tackle the issue now, we may be able to prevent the situation declining further.
Words 294