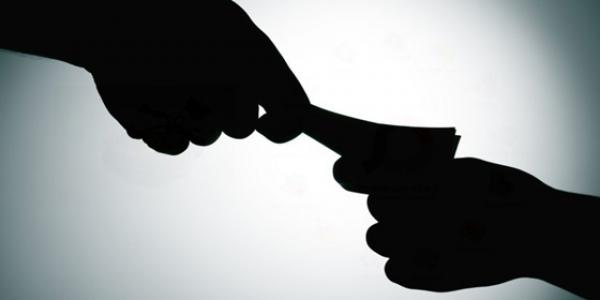 1. Bribery n. Giving money or other gifts to a government official or other person in authority in order to get special privileges
Bribery of police officers is common in countries where police salaries are very low.

Employees of the Roadways Department cynically referred to their boss as “the banker” because he took so many bribes.

3. Erode v. To wear away and become smaller
People’s respect for the government eroded as more officials were arrested for corruption.

4. Evade v. To get away from something that tries to catch you
The robbery suspects tried to evade the police by fleeing to Canada.

5. Grotesque adj. Extremely unattractive, in a way that catches a lot of attention.
Spending $3.5 million to redecorate the governor’s house is a grotesque misuse of public money.

6. Integrity n. Personal honesty and good character
We don’t have a problem with our employees stealing from the store because we hire only people with a lot of integrity.

7. Prevalent adj. Common; easy to find because it exists in great amounts
Distrust of elected officials was prevalent in our county because many of them were friends with certain candidates.

8. Reform v. To make big improvements
The new law was an attempt to reform the system of giving money to political candidates.

9. Scandal n. A case of wrongdoing that hurts someone’s reputation
In the Watergate scandal, some of the president’s top advisors were revealed to be criminals.

10. Unmask v. Reveal; expose something that is hidden
The Forge Trucking Company was eventually unmasked as a front for organized crime.