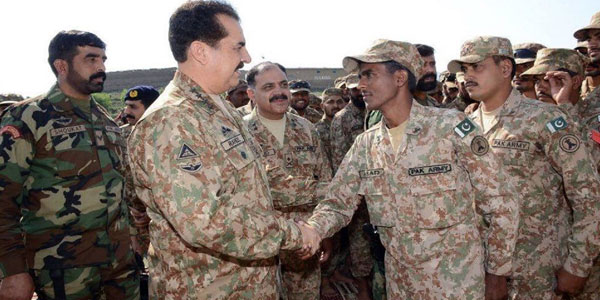 1. Allegiance n. Loyalty
My allegiance to my country is based on respect for its principles.

2. Artillery n. Large guns that shoot powerful shells; army units that handle such guns
An artillery barrage broke down the city’s thick walls within seconds.
The 47th Artillery fired on rebels camped in the city center.

3. Battle v. To fight against
Pakistani troops battled rebel forces for peace in the region.

4. Cease v. Stop
The lightning continued even after the thunder had ceased.

5. Hierarchy n. A system of levels that places people high or low according to their importance
Starting as a lowly private, Burt Jones gradually rose through the hierarchy of the army.

6. In the trenches adv. In the middle of the hardest fighting or work
Our generals do know what things are like out in the trenches.

7. Mobilize v. To put members of a group into motion
After a terrible storm, the governor mobilized the National Guards to rescue victims.

8. Rank v. To put into a many-leveled order, depending on importance or achievement
The Marines ranked Jim Hurst highest among all their officer candidates.

9. Ratio n. The relationship of one number or amount to another
Military analysts say that the ratio of attackers to defenders in a battle should be about three to one for the attackers to win.

10. Strategic adj. Related to long-term plans for achieving a goal
The United States has formed strategic friendships with Tajikistan and Mongolia to have Central Asian bases in the future.