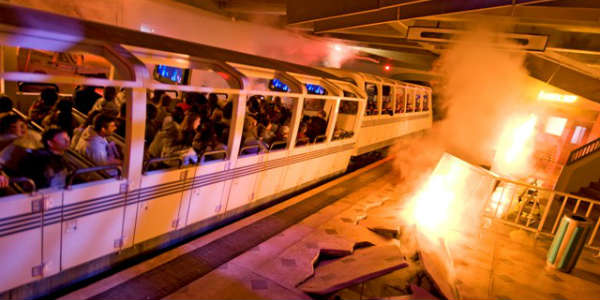 1. Anticipate v. To expect; to sense something before it happens
By placing sensors in earthquake-prone areas, scientists can anticipate some tremors in time to warn the public.

3. Collide v. To come together with great or violent force
As usual, their holiday was ruined when their in-laws’ views on politics collided with their own.

4. Eruption n. A sudden, often violent, outburst
The eruption of Mount St. Helens in 1980 caused 57 deaths and immeasurable change to the face of the mountain.

6. Flood n. An overflowing of water; an excessive amount
The constant rain and poor drainage system caused a flood in town.
The political party sent out a flood of letters criticizing their opponents.

7. Impact n. A strong influence
The speech about the importance of education made an impact on me.

8. Persevere v. To keep going, despite obstacles or discouragement; to maintain a purpose
The hikers persevered despite the bad weather and the icy trail.

9. Plunge v. To go down suddenly; to decrease by a great amount in a short time
He jumped off the diving board and plunged into the pool.
The value of the company’s stock plunged after its chief executive was arrested.

10. Unleash v. To release a thing or an emotion
When they saw the strange man on their property, they unleashed their dogs.
He is from such an unemotional family, he will never learn to unleash his feelings.