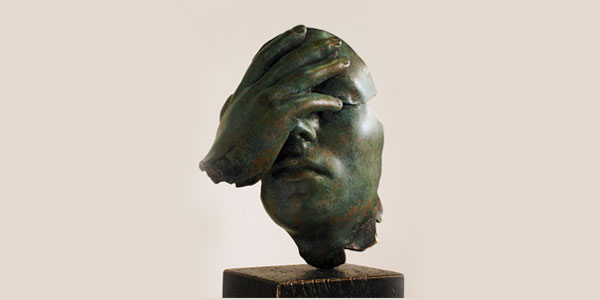 2. Context n. A larger environment that something fits into
In the context of Soviet Russia, public art had to be about the triumph of communism and its leaders.

3. Depict v. To show in pictures
Michelangelo’s painting on the ceiling of the Sistine Chapel depicts nine scenes from the Bible.

4. Dimension n. A direction or surface along which something can be measured; an aspect
The three dimensions of physical objects are length, width, and depth.
One dimension of the problem is their long history of competition.

5. Esthetically adv. In a way that relates to beauty or appearance
The outside of the office building is esthetically pleasing, but the inside is dark and unpleasant.

6. Intrinsic adj. Being part of the basic nature of something
Frequent elections are intrinsic to a democratic system.

7. Perspective n. A way of seeing from a particular location; a way of thinking about something From my perspective, the entire town can be seen through a set of large windows.
They held different perspectives on how to care for their aging parents.

8. Portrayal n. A description or drawing that reflects a certain point of view
Most portrayals of Abraham Lincoln emphasize his sense of humor and his honesty.

9. Realism n. A technique that tries to picture something as it really looks
Realism was popular among seventeenth-century Flemish painters like Rembrandt van Rijn.

10. Spectrum n. A range of different things, usually colors
Bart’s colorful designs include every color of the spectrum, from deep blue to vibrant red.