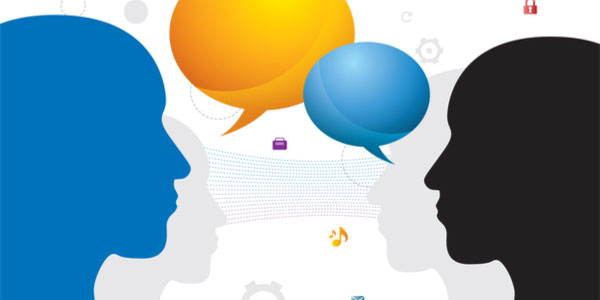 Q- 1. Which part of your country do most people live in?

Ans: Well I believe it’s Punjab, the biggest province of Pakistan. Actually, it’s the biggest in terms of population and area. And out of whole Punjab, most of the people live in Lahore which is provincial head quarter as well. And I think it’s the extreme east part of our country.

Q- 2. Tell me about the main industries there.

Ans: Frankly speaking, I don’t have sufficient information about the main industries in Punjab but in Lahore, steel industry is the major one. So far as whole Punjab is concerned, actually, Punjab is termed as the land of farmers and landlords. So you may call it an agri-land rather an industrial city and province.

Q- 3: How easy is it to travel around your country?

Ans: To be honest, it’s pretty much difficult right now. Although different modes of transport are frequently available yet huge population of the country has made it a hilarious task to travel. Extreme rush, plenty of vehicles, uneasy broken roads and security threats have made travelling a risky and hazardous task.

Q-4: Has your country changed much since you were a child?

Ans: Well of course. I mean a lot. Since my childhood, I have seen a lot of visible changes in my country in every aspect. Culture, traditions, society, morality, people, standards and much more has changed. I am really surprised to see such dramatic change on a large scale and obviously computer’s intervention has changed the whole scenario.

Frankly speaking, I will prefer to admire Imran Khan first. An iconoclast, a true leader, a mentor and an idealist he is. In actuality, he has done a great job for this country during the last one decade. He has enlivened the whole nation. He has inculcated the awareness in the people of this country about their rights. Initially he was famous for his achievements in cricket and as a captain of Pakistani cricket team, he won the world cup for this country. He built a cancer hospital for the poor people of this country. But, afterward, he took a great initiative by joining politics to bring a healthy change in this country. In the beginning, he had to face a lot of tough situations and a severe retaliation from the politicians of this country in this field because it had never been a norm in this country and family politics was quite famous. But he was consistent and he kept on struggling hard. He gathered those around him who wanted s change. And truly speaking I always admire him for him commitment, his dedication and his tireless efforts to bring a change in the thinking of the people of this country. I must say he is really a frantic so far as his patriotism is concerned. For the same reason, a multitude of people has gathered around him to support him in his efforts to make a new Pakistan.
===================

Q. 6: What kind of people become famous these days?

Ans: To be honest, ours is an age of media and technology. So, recent technological advancement has given more exposure to all kinds of people, skills and specialties. Now people with any kind of special trait in their personalities are become famous these days. In recent times, we have seen that sports personalities, film stars, intellectuals, writers, television personalities, motivational speakers and politicians have reached the apex of fame with the help of media.

Q. 7: Is this different from the kind of achievement that made people famous in the past.

Ans: well off course. I honestly feel that people had fewer chances in past to be famous. People had achievements in past but they could not be famous. In past, people related to science or only warriors were famous . There were fewer chances for others to have fame because there were few mediums of information for people.

Q. 8: How do you think people will become famous in future?

Ans: Frankly speaking, I think people with any kind of individual talent will become in future. Now we have easy access to different kinds of mediums of information. So who so ever has some talent, he can make a video and upload it on any website and, with no time, he will be famous. So I believe people will use computer and internet more frequently in future to famous.

Q. 9: What are the good things about being famous? Are there any disadvantages?

Ans: Analytically speaking, we the human beings have an innate, inborn and natural desire to be famous. In actuality, we all want recognition. So when you are famous, you feel elevated. When you go to the public places, people recognize you. They talk about you. People copy you. So a sense of sublimity and superiority always gives relaxes your mind. But yes there are some disadvantages as well. You don’t have that much privacy as people always love to know more and more about you. So some time you feel sick and disturbed.

Q. 10: How does the media in your country treat famous people?

Ans: Quite naturally, media gives you special treatment and protocol if you are famous. Media follows you. Things related to you are given special coverage on media. You are treated as a celebrity. You are given importance. And a gigantic image of you is always presented by media.

Q.11: Why do you think ordinary people are interested in the lives of famous people?