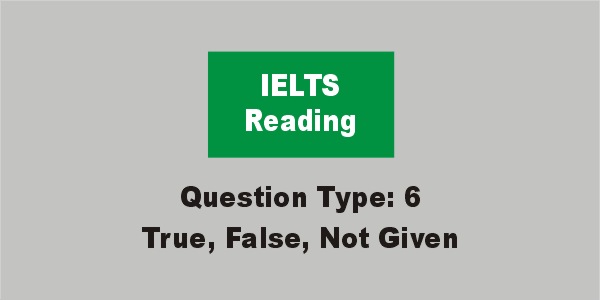 Look at the following examples:

Not Given Scenario
For a statement to be not given, there must be no information in the passage relating to the information in the statement.
Statement:
The Red-Eyed Jungle Moth mates between the months of March and June.
Passage:
Moths in the lower tributary areas normally breed in the spring months.
This extract from the passage does not clearly state anything relating to the Red-Eyed Jungle Moth or the specific period mentioned in the statement.

Now look at the following examples then solve the questions given at the end.
Look at this statement, taken from the first sentence in the reading below:

Chiles originate in South America and have been eaten for at least 9,500 years.

Here are some example IELTS “True”, “False” and “Not Given” statements with answers:

A: Chiles come from South America – True
Number one is clearly true. Notice the use of the synonym ‘come from’ used instead of ‘originates’. It is common to use different words.

B: People began eating Chiles in the last few centuries – False
Two is clearly false as it was 9,500 years ago, not a few 100 years ago.

C: South Americans were the first people to start eating Chiles – Not Given
Three is not in the text. Be careful about making assumptions that it is true. It is quite probable the South Americans began eating Chiles first as they originated there; however, you can’t be sure of that and the text does not tell you that.

Now, read the following text and answer the questions using either True, False, or Not Given.

1. Chilies became popular as soon as they were brought into Europe.

Hint: Notice these synonyms and give the answer.
Became popular = sensation
As soon as = immediately
Brought into = introduced

3. Chilies can be part of a birds diet.

Hint: Notice such words in the text as:
Feel nothing; distribute.

4. All large chilies grow high off the ground.

5. People breed chilies for their heat.

Hint: Find the heat of Chilies and then try to find the reason.

6 thoughts on “IELTS Reading Question Type (6) True, False, Not Given”