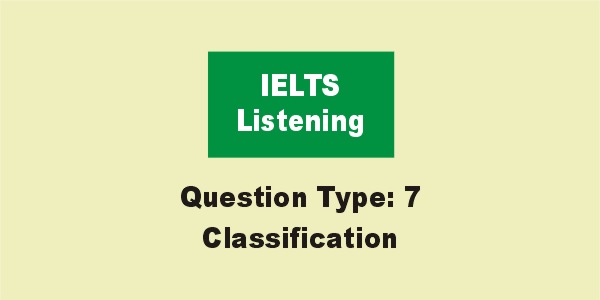 In classification question, A,B,C options can be used more than once. Remember that questions are in the same order as the recording. Focus synonyms.

How will students carry out the following tasks in the lesson?
A as a whole group
B in pairs
C in small groups

Questions 5-10
Complete the flow chart below.
Write NO MORE THAN TWO WORDS for each answer.

Dawn: Hi Hardip. Is now a good time for us to plan that computer programming lesson we’ve been assigned?
Hardip: Hey Dawn. I was just thinking about that, actually. Yes, let’s get it out of the way now, shall we? I’ve got the instructions  here. So, it says: Design a 45-minute lesson for a class of sixteen teenagers where they learn how to write a simple computer program in BASIC.
Dawn: Now, I know of course that BASIC is the computer language people used to use back in the 1980s when they wrote programs  on microcomputers, but I’m not sure I feel very comfortable
teaching anyone about it!
Hardip: Well, I did a bit of research yesterday and found out quite a few things, so I think we’ll be okay.
Dawn: Great! So, what do you have in mind?
Hardip: Well, I think we should presume that none of the kids will know anything about BASIC, so why don’t we start with a short multiple-choice quiz? It could focus on things like what BASIC is,
what the letters stand for, when people used it, things like that.
Dawn: That sounds good. I guess it shouldn’t take long. Just the QI first five minutes of the lesson, something like that. I don’t think we should make the students do it on their own. though. That’d make
it too much like a test. Shall we let them do it in twos so they can discuss their choices?
Hardip: Yes, good idea. Then we’ll go through the answers with them as a whole group.
Dawn: Good. What next?
Hardip: Well, I’ve had an idea for the program they could write. I’ll tell you about that in a minute. I think the key thing is, though, that before they actually sit at their computers  and I think we should
presume that they’re doing this lesson in a computer room  they make a flow chart of what they want the program to do. That’s usually the best way to start writing a program.
Dawn: This flow chart will show all the different stages of the computer program, right?
Hardip: Exactly. It’s probably best if the teacher stands at the board and everyone works on that together.
Dawn: Yes, otherwise they’ll all come up with different flow charts and it’ll get confusing.
Hardip: Precisely. I imagine making the flow chart will take about fifteen to twenty minutes.
Dawn: Then they use that to write their computer program.
Hardip: Well, actually, I think there’s a stage before that. You see, the flow chart will be in English. They’re going to need to be taught a few BASIC commands so they can write their computer program.
Dawn: Hmmm… Now I’m getting out of my depth. What kind of thing would that be?
Hardip: Well, for example, when you want text to appear on the screen, the command is PRINT, in capital letters, followed by the text you want to appear in double inverted commas.
Dawn: Oh yes. I think I’ve seen that before.
Hardip: Right. So, they’ll need to be taught five or six commands before they use them to write their program.
Dawn: Okay. So, how shall we do that? With the teacher talking to the whole class again?
Hardip: Well, we could but it might be more fun to make it more like a competition, where there are a few teams competing against  each other. Each team has may be four or five people in it and
they have to do some kind of matching task. You know, they match the command ‘PRINT’ with ‘to make text appear on the screen’. Something like that.
Dawn: That sounds good. Teenagers love competing with each other.
Hardip: Exactly. And then for the final part of the lesson, they use their flow chart and the commands they’ve learnt to produce the program. Let’s presume, shall we. That there are eight computers in
the room, so that’s two students for each computer,
Dawn: That sounds reasonable. So, tell me more about your idea for the computer program they’re going to write.
——————————————–
Hardip: Okay, so, it’s a very simple program. I’ve actually written it down here, so we can go through it together.
Dawn: Okay, so the first line says 10 CLS. What on earth does that mean?
Hardip: Well, every line of a BASIC computer program starts with a number. They usually go up in tens, so the first line is 10, the second 20, and so on. And CLS is the command we use in BASIC to
clear the screen.
Dawn: Oh I see. So that’s just telling the computer to start with a blank screen?
Hardip: Exactly. Then we move onto the next line. So, this one says: 20 PRINT “Guess a number between 1 and 10”.
Dawn: Right, I see. That appears on the screen. It’s not that difficult, is it, when you get the hang of it? Let’s see if I can work out the next one. 30 INPUT l. Oh. Not sure about that.
Hardip: Well, all that’s saying is that the person playing types in a number. INPUT is the BASIC command for ‘type in’, and ‘l’ just means ‘any number you like’.
Dawn: Oh, Okay.
Hardip: Then, what happens next depends on what the number is. So, we’ve got: 40 IF I is less than 1 OR IF I is greater than 10 THEN PRINT “Bad Choice!”
Dawn: Right! So if they type, say, zero or 11, that appears on thescreen.
Hardip: Exactly. And then this next line takes them back to where it asks them to type in a number between 1 and 10.
Dawn: That’s line 50. I see. And line 60 says IF I equals 6 THEN PRINT “Correct!” Ah, okay. So, if they’ve typed 6, they’ve got it right,
Hardip: And if they haven’t typed six, which is the next line, then ‘Try again!’ comes up on the screen and that takes them back to where they choose another number.
Dawn: It’s clever! Well done!