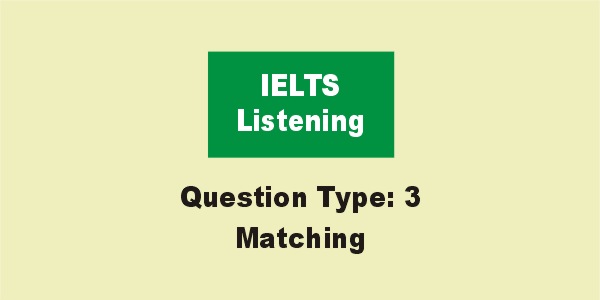 NeoTips for Short Questions
Use each heading only once. Headings are in the same order as the recording. Focus synonyms.

Questions 1-6
What is said about each of these works by H. G. Wells?
Choose your answers from the box and write the letters A-H next to questions 1-6.

A Wells was ill when he wrote this.
B This was heavily criticized by another author.
C This predicted limiting the number of people on Earth.
D This was a commercially unsuccessful novel.
E This was a talk, not a book.
F This predicted a type of identity card.
G This was Wells’ only optimistic work.
H This actually has a much longer name.

Questions 7-10
Answer the questions below. Write NO MORE THAN TWO WORDS OR A NUMBER for each answer.

Listening Scipt
Tutor: Okay. So, to continue our look at modern European writers who have focused on the future in their work, today we’re talking about H. G. Wells. Last week I asked you both to do some background research on WelIs, which we’re going to discuss now. Gitanjali, tell us about H. G. Wells.
Gitanjali: Right. So, H. G. Wells was a hugely successful British science fiction writer, writing at the end of the 19th and the start of the 20th century. And much of his work focused on predicting the future.
Tutor: Jason, do you think Wells was just using the future as a narrative device in his fiction?
Jason: No, no. He really believed we can predict the future. In fact, he gave a speech at the Royal Institution in London in 1902,  called The Discovery of the Future and the point he was making was
that by looking at what you know about the present, and about science, it’s quite possible to predict the future.
Tutor: Indeed. Gitanjali, do you think Wells was always optimistic in his predictions?
Gitanjali: Not at all! In fact, he varied in his predictions from being extremely pessimistic about the future to being optimistic. Interestingly, one theory I read links the attitude in Wells’ work to his own health. When he was writing The Time Machine. which was  published in 1895, he’d just been diagnosed with an incurable fatal disease. Not surprisingly, the book is very pessimistic, being about a dystopia in the future  a long time in the future, the year 802701 , in fact – where there are two races on Earth, the Morlocks and the Eloi, and the Morlocks actually eat the Eloi.
Jason: I thought it was interesting, though, that it was H. G. Wells who actually came up with the phrase ‘time machine’, so despite being pessimistic, the work has had a lasting effect on our culture.
Gitanjali: Right. After The Time Machine, though, H. G. Wells didn’t die, of course, and his recovery might be why he began to be a bit more optimistic about the future.
Tutor: So that brings us to his first utopia, Anticipations. Jason, tell us about that.
Jason: Well, Anticipations or, to give it its full title, ‘Anticipations of the Reaction of the Mechanical and Scientific Progress upon Human
Life and Scientific Thought’ was published in 1901 and was set in the
‘New Republic’ of the year 2000. Some of the things Wells predicts are fairly close to our reality today, including 24-hour news, global  telecommunications and even a European Union.
Tutor: We’ll come back to the accuracy of Wells’ predictions a little later. Gitanjali, how was Wells’ work received at the time?
Gitanjali: Well, although Wells was extremely successful, not everyone respected his work, or his predictions. Another well-known science fiction writer, Jules Verne viciously attacked him for works such as The First Men in the Moon which Verne argued weren’t rooted in scientific fact at all.

Tutor: That’s right. Now, Wells wrote a number of other utopian visions of the future. Jason?
Jason: Yes. In A Modern Utopia published in 1905, his vision was of a world where there’s no private property, where everyone has access to wonderful health care, and interestingly, everyone’s personal information is stored on cards in a central  database outside Paris. Apart from the health care, I’m not sure everyone today would see that as a positive view of the future.
Tutor: Neither am l. And on a similar note, Wells strongly believed in population control, and in The Shape of Things to Come which  was published in 1933, he sees  and supports  a world where
the population is kept at 2 billion. Once again, I’m not sure most people today would necessarily see that as a good thing.
——————————
Tutor: Gitanjali, in your research, did you come across anything about the ‘World Brain’?
Gitanjali: Yes, I did. It’s actually very interesting. Throughout the 1930s. Wells predicted  and supported  the setting up of a huge world encyclopedia. And towards the end of the decade, in 1938,
he wrote a series of essays called World Brain. In these essays,  he called for the world to make use of modern technology to  create an enormous global encyclopedia so that all our knowledge
is available to all people, not just an educated elite. Wells envisioned this as probably being on microfilm. He thought it would allow anyone, anywhere in the world, to look at any book or
any document. He also thought it would be created by everyone, once again not just by an elite.
Tutor: Yes. And as you can imagine, many people today say that the internet has basically fulfilled his prediction. Of course, it doesn’t use microfilm, but essentially it does meet all Wells’ main requirements.