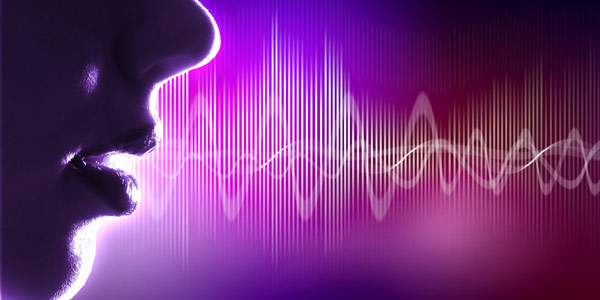 Certain mental functions slow down with age, but the brain compensates in ways that can keep seniors as sharp as youngsters.

Jake, aged 16, has a terrific relationship with his grandmother Rita, who is 70. They live close by, and they even take a Spanish class together twice a week at a local college. After class they sometimes stop at a cafe for a snack. On one occasion, Rita tells Jake, ‘I think it’s great how fast you pick up new grammar. It takes me a lot longer.’ Jake replies, ‘Yeah, but you don’t seem to make as many silly mistakes on the quizzes as I do. How do you do that?’

In that moment, Rita and Jake stumbled across an interesting set of differences between older and younger minds. Popular psychology says that as people age their brains ‘slow down’. The implication, of course, is that elderly men and women are not as mentally agile as middle-aged adults or even teenagers. However, although certain brain functions such as perception and reaction time do indeed take longer, that slowing down does not necessarily undermine mental sharpness. Indeed, evidence shows that older people are just as mentally fit as younger people because their brains compensate for some kinds of declines in creative ways that young minds do not exploit.

Just as people’s bodies age at different rates, so do their minds. As adults advance in age, the perception of sights, sounds and smells takes a bit longer, and laying down new information into memory becomes more difficult. The ability to retrieve memories also quickly slides and it is sometimes harder to concentrate and maintain attention.

On the other hand, the ageing brain can create significant benefits by tapping into its extensive hoard of accumulated knowledge and experience. The biggest trick that older brains employ is to use both hemispheres simultaneously to handle tasks for which younger brains rely predominantly on one side. Electronic images taken by cognitive scientists at the University of Michigan, for example, have demonstrated that even when doing basic recognition or memorization exercises, seniors exploit the left and right side of the brain more extensively than men and women who are decades younger. Drawing on both sides of the brain gives them a tactical edge, even if the speed of each hemisphere’s process is slower.

In another experiment, Michael Falkenstein of the University of Dortmund in Germany found that when elders were presented with new computer exercises they paused longer before reacting and took longer to complete the tasks, yet they made 50% fewer errors, probably because of their more deliberate pace.

One analogy for these results might be the question of who can type a paragraph ‘better’: a I6-year-old who glides along at 60 words per minute but has to double back to correct a number of mistakes or a 70-year-old who strikes keys at only 40 words per minute but spends less time fixing errors? In the end, if ‘better’ is defined as completing a clean paragraph. both people may end up taking the same amount of time.

Computerized tests support the notion that accuracy can offset speed. In one so-called distraction exercise, subjects were told to look at a screen, wait for an arrow that pointed in a certain direction to appear, and then use a mouse to click on the arrow as soon as it appeared on the screen. Just before the correct symbol appeared, however, the computer displayed numerous other arrows aimed in various other directions. Although younger subjects cut through the confusion faster when the correct arrow suddenly popped up, they more frequently clicked on incorrect arrows in their haste.

Older test takers are equally capable of other tasks that do not depend on speed, such as language comprehension and processing. In these cases, however. the elders utilize the brain’s available resources in a different way. Neurologists at Northwest University came to this conclusion after analyzing 50 people ranging from age 23 to 78. The subjects had to lie down in a magnetic resonance imaging (MRI) machine and concentrate on two different lists of printed words posted side by side in front of them. By looking at the lists, they were to find pairs of words that were similar in either meaning or spelling.

The eldest participants did just as well on the tests as the youngest did, and yet the MRI scans indicated that in the elders’ brains, the areas which are responsible for language recognition and interpretation were much less active. The researchers did find that the older people had more activity in brain regions responsible for attentiveness. Darren Gleitman, who headed the study, concluded that older brains solved the problems just as effectively but by different means.

A the way we learn languages.
B the changes that occur in our brains over time.
E the fact that it is easier to learn a language at a young age.
D the importance of young and old people doing things together.

2 In paragraph six, what point is the analogy used to illustrate?

3 In the computerized distraction exercises, the subjects had to

A react to a particular symbol on the screen.
B type a text as quickly as possible.
C move an arrow in different directions around the screen.
D click on every arrow that appeared on the screen.

A the older we get the harder it is to concentrate for any length of time.
B seniors take longer to complete tasks but with greater accuracy.
C old people use both parts of their brain more than young people.
D older people use their brains differently but achieve the same result.
E the speed of our brain decreases with age.
F older people do not cope well with new technology.

Questions 8-12
Complete the summary below.

Choose NO MORE THAN ONE WORD from the passage for each answer. Write your answers in spaces 8-12 below.