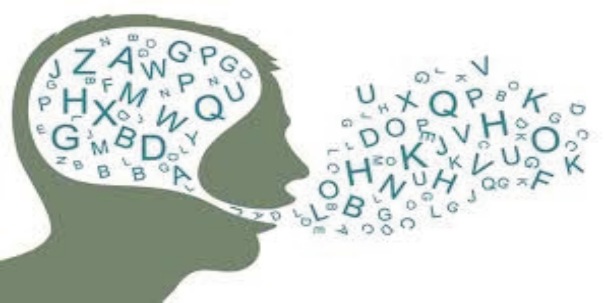 Linguistics is a growing and interesting area of study, having a direct hearing on fields as diverse as education, anthropology, sociology, language teaching, cognitive psychology and philosophy. What is linguistics? Fundamentally, it is concerned with the nature of language and communication. Linguistics is the scientific study of language. By this we mean language in general, not a particular language.

“The scientific study of human language is called linguistics”.

Linguistics can he understood as a science in both general and specific terms. Generally, we use the term ‘science’ for any knowledge that is based on clear, systematic and rational understanding. Thus we often speak of the ‘science of politics’ or statecraft, or ‘the science of cooking’. However, we also use the term ‘science’ for the systematic study of phenomena enabling us to state some principles or theories regarding the phenomena; this study proceeds by examination of publicly verifiable data obtained through observation of phenomena, and experimentation; in other words, it is empirical and objective. Science must also provide explanation after adequate observation of data, which should be consistent, i.e. there should be no contradictions between different parts of the explanation or statement; and economical, i.e. a precise and non-redundant manner of statement is to be preferred. Let us apply these criteria of science to linguistics. Linguistics studies language: language is a phenomenon which is both objective and variable. Like natural phenomena in the physical world, it has a concrete shape and occurrence. In the same way as a physicist or chemist takes materials and measures their weights, densities etc. to determine their nature, the linguist studies the components of language, e.g. observing the occurrence of speech-sounds, or the way in which words begin or end. The scientific nature of language is asserted by Jean Aitchison:

“Linguistics tries to answer two basic questions: What is language and How does it work.”

Language, like other phenomena, is objective because it is observable with the senses, i.e., it can be heard with the ear, it can be seen when the vocal organs are in movement, or when reading words on a page. Observation leads to processes of classification and definition. In science, each observable phenomenon is to be given a precise explanation. Its nature has to be described completely. Thus, for example, the chemist classifies elements into metals and non-metals; a biologist classifies living things into plants and animals. Similarly, linguistics observes the features of language, classifies them as being sound features of particular types, or words belonging to particular classes on the basis of similarity or difference. But while linguistics shares some of characteristics of empirical science, it is also a social science because it studies language which is a form of social behavior and exists in interaction between human beings in society. Language is also linked to human mental processes. Thus, it cannot be treated always as objective phenomena. We deal with language scientifically as S. Pit Corder says:

“Linguistics is concerned with the nature of human language”

Thus, linguistics is both an empirical and a social science. In fact, it is a human discipline since it is concerned with human language; so it is part of the study of humanities as well. This includes the study of literature, and appreciation of poetry. In taking language study, linguists follow several approaches: Descriptive to describe the structure of language, Comparative to compare languages and establish correspondences between them and Historical to examine the history and evolution of languages.

Moreover, since every branch of knowledge uses language, linguistics is central to all areas of knowledge. In linguistics, the traditional distinctions of science, art and humanities are not relevant. As Lyons puts it, “linguistics has natural links with a wide range of academic disciplines”. To say that linguistics is a science is not to deny that, due to its subject matter, it is relatedness to philosophy and literary criticism. Modern linguistics has grown from an autonomous discipline to one linked with disciplines such as psychology, philosophy, literary studies and branches of linguistics have developed, as sociolinguistics, psycholinguistics and stylistics. Linguistic theory scientifically discovers the nature of universal grammar whose principles characterize all human languages. The linguist’s aim is to discover the ‘laws of human language’ as the physicist’s is to discover the laws of the physical universe.