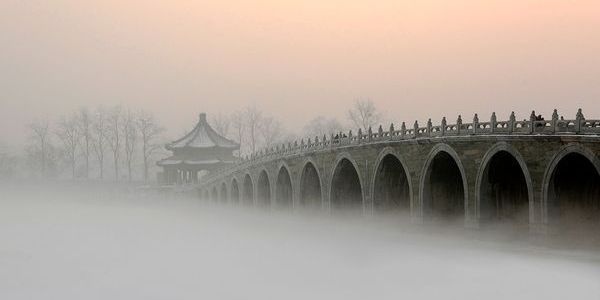 Romantic poets always attracted to nature and they go into imagination to escape the bitter realities of life. De La Mare, too, is romantic, as he has painted a romantic land of Tartary. The rich variety of colors painted with imagery is abundant in the poem. Scenes of nature depicted by poet in rising ambition make him and the poem romantic. The poet has created a new world

like that of Shakespeare’s Tempest. Poet expresses his wish to be a sole land of the land. After becoming its king, he will decorate his palace according to his own taste; he says his bed would be of ivory, his thrown of pure Gold. In his forest, Tigers will roam about freely. He will also keep great fishes in his pools. They will be so beautiful that their fins reflect the fight of the sun. In this way, these fish will fascinate the people. Poet says he would make his mealtime rather unusual. Here he wants to give orient touch to this mealtime. Poet also wants to make the atmosphere mystic. He thinks harp, flute, and mandolin would make the music sweet while he is at meal.

Thus, the poet denotes his ambitions and shows his love for nature. Here poet rejects the world of mechanism, as he prefers the Zebras of nature to any luxury car. Reading the poem evokes in the reader the eternal lines of Keats,

‘Heard melodies are sweet/ but those unheard are sweater’.

The poet has successfully created a romantic atmosphere with his poetic devices such as imagery and similes.