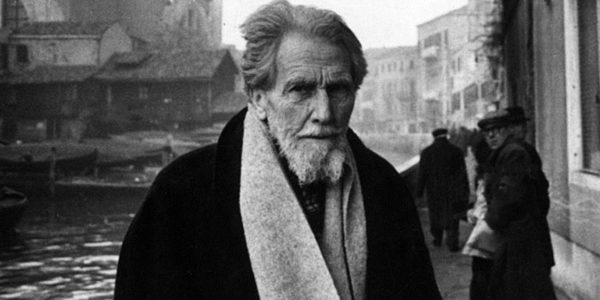 “The apparition of these faces in the crowd;
Petals on a wet, black bough”
Reference:
The lines are the poem named “The Metro” written by Ezra Pound.

Context:
“Metro” is a poem based on the philosophy and principles of Imagism of which Ezra Pound was the leader. The poem reads that the ghost-like shadows of the faces in the crowd look like petals on a wet black bough. This was his observation of the still life at the Metro Underground Railway station.

Explanation
The given lines make up the full poem entitled “Metro”. Although, it is only a two-lined poem yet it is packed with themes and ideas. The poem”metro Paris” suggests in brief hints the nature of the crowd present in the underground train at a station in Paris. Paris is a crowded city its has its own rapid and quick life. In this busy and crowded city, the poet has captured a moment of still life in a compartment of a train. Human faces in an over crowded train lose their individuality.

These human faces appear as clusters of petals on a black wet branch. They are spiritless and soulless.

There is no freshness on their faces. This is a true picture of modern man who no more acts like a human being, but like a machine without any spirit or freshness.

The poem is criticism on modern society or city life that has deprived men of the inner peace of heart and soul. They do not have any emotions or spirit. They are not individuals any more. Now the have changed into a crowd and they think and act like a crowd.

is a symbol of spiritless and soulless lives of the city people.

is a symbol of city life that is full of pollution and problems.

is a symbol of mass mind. “Metro” is the symbol of ever increasing population, resulting in increasing complexities.