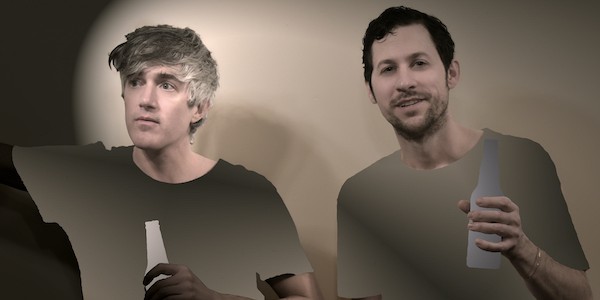 The play ‘Some Thing to Talk About’ can rightly be called a comedy. It is a clever and pleasant representation of the temperament of a modern English People and is full of many funny situations and dialogues. There is comedy of actions, situations and also of dialogues in the play which makes it a pleasant piece of reading. Modern and advanced class of English people has been criticized in a light way. They take the worst situation as an adventure and try to enjoy it.

The very idea of a burglar being at home and the enjoyment of the family at his presence strikes complete excitement and humor for the reader.

A burglar, Wolf comes to the Sydney family to rob them. However, he is received with an unexpected honor and pleasure. His bewilderment at being treated with such genuine politeness is enjoyable. Guy’s description of his family as dull and calling repeatedly calling themselves trustworthy is all humorous. Further, he says there is nothing, no wedding, nor fire and only funeral which is also comic. The sentences like ‘manna in wilderness’ and ‘a wolf in sheep clothing’ cause much of the amusement. Wolf’s style of saying,

‘I can say no to beauty’

cracks smiles on the reader’s face. The real interest and funny situation comes when after having all the valuables, the wolf decides to return the things back and easily entrapped into the soft alluring net of Sydney family. The reader is forced to smile when wolf leaves after shaking hands with the members of Sydney family. When Redchester says,

‘called for my new Christmas presents’

and Lady Redchester responds in,

‘a new sort of Santa Claus’

is a testimony of further laughter.

Almost, each character’s entry is humorous. Wolf’s wrapping up of Preston and calling him old servant and his abusing him adds to more comic effect of the situation. To sum up the play is a comic one with a plenty of funny situations and dialogues. Modern English society has been criticized with soft and pure humor. Thus it is a very pleasant one-act play.