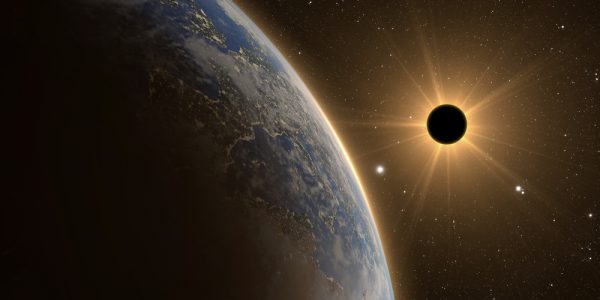 The sun occupies central position in the phenomenon of nature. Its radiation injects life into every object of nature. The entire progress of the world civilization is based upon the vitality of the sun. And the sun, under eclipse, loses its light, and color also. All the colors of the earth turn into darkness life lose all its movement and grandeur.

Our earth is a planet and in a big solar system it revolves around the sun. The sun gives heat, light, movement and color to the world. Hence with the return of the light in the sun, the whole civilization seemed to have returned and the life was in full swing. Thus, the fabric of civilization was modeled and molded contains the main theme and refers to the importance of the sun. Virginia Woolf, in Eclipse, observed the making and birth of civilization which was completed in very few seconds. But it was like knitting the fabric of civilization not by a machine; but by nature itself.

Virginia says that the solar eclipse lasted only for 24 seconds. As the eclipse ended, the light of the sun rose again. The lifeless and the colorless world, once again, became “solid”.

“It became a place where an infinite number of farmhouses, of villages, of railway lines have lodgment; until the whole fabric of civilization was modeled and molded.”

People saw the sun going into darkness. The sun lost its darkness. The clouds seemed to eat up the sun totally. The world got dark. The blue colour changed to purple and pink faces look green. When the sun returns, the world is bright again. People begin to smile and landscape of the area becomes clear. The experience of eclipse is great and the main theme from the above account is that the colors of the world can be finished because they are not permanent. Virginia Woolfe commented

“The flesh and blood of the world was dead”.